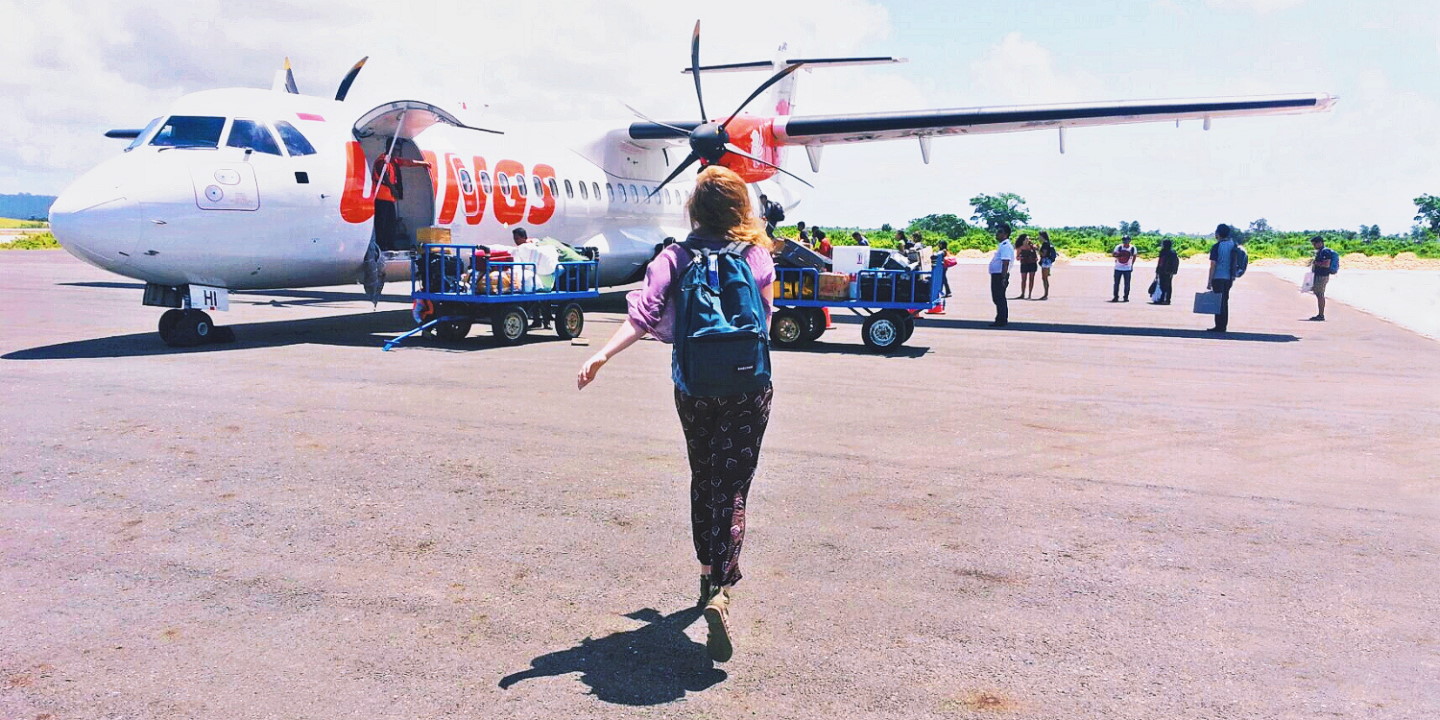 It’s the last day of 2016! Phew, what a year. I’ve been lucky enough to visit several countries, including a few places I had never been before. I could tell you all about my ups and downs or make an overview of all my trips. But this year, I wanted do something else. Instead of an overview, I thought it would be nice to share the valuable travel lessons I learned in 2016. I’ve definitely made mistakes here and there, but I’ve also learned a few vital bits of knowledge. Without further ado, here is my list of 16 lessons I learned in 2016!

1. Never look a macaque straight in the eye

If you’re not careful enough, they will steal your water bottle, smartphone, first-born child and designer sunglasses.

2. Do not wear super cheap sunglasses when you’re sweating all day

The toxic paint from the frames will seep into your eyes and temporarily blind you.

3. Do NOT touch the coral while snorkeling

Try to wear flippers. Otherwise you will accidentally scratch your feet on the reef and get coral poisoning (the rash doesn’t look super attractive).

4. Eat fries like the Brusselians do (inside a big sandwich)

Belgians: “What could possibly make fries even more delicious than they already are? I know! Put them in a sandwich.” When in Brussel, do like the Brusselians do. They’re called mitraillettes!

5. Don’t even try to wear make-up in the jungle

The crocodiles don’t care and you will be covered in a permanent layer of sweat anyway. Just don’t skip out on deodorant.

Still, try to not mess up your suitcase’s combination code (+ always put a clean pair of back-up underwear in your backpack).

7. Annoyed orangutans WILL try to poop on your head

If there’s a orangutan chillin’ in the tree top, beware of steamy nuggets landing in your hair. I say nuggets, but they were more like bricks.

8. Never get on a tiny airplane without taking motion sickness tablets

9. Never pee without a toilet buddy on the Komodo Islands

Taking a buddy with you will decrease your risk of getting eaten by a dragon by about 50%. Try to go with a chubby friend who has more meat on the bones. Seriously though, never urinate solo near a Komodo dragon.

You will be mooning your surf instructor and traumatising all the children on the beach.

11. Don’t judge the Knödel by its cover

It’s like judging a naked mole-rat for not having any hair.

12. Do not visit Venice in the summer

Unless you like accidentally touching unfamiliar armpits and arguing with angry toilet ladies (it gets a bit crowded), try to avoid visiting Venice during the summer months.

13. Leave the yoga poses to the professionals

It’s not cute or insta-worthy when you look like you’re suffering from spasms.

14. You can always spice up your dance performance by lighting a few candles

15. Pissing off a sea snake is a bad idea

Snorkeling in the actual ocean is not quite the same thing as fondling a sea cucumber in an aquarium. Piss off a sea snake and they will try to end you.

16. Don’t get locked in a medieval library

If you walk away from your tour group, you might get locked inside a medieval library. There will be lots of books to read for when you get bored, but you won’t be allowed to touch them. Pure hell!

Well, I suppose I can’t really say that I’ve had an uneventful year. What about you? Any valuable lessons that 2016 has taught you? Do let me know in the comment section!