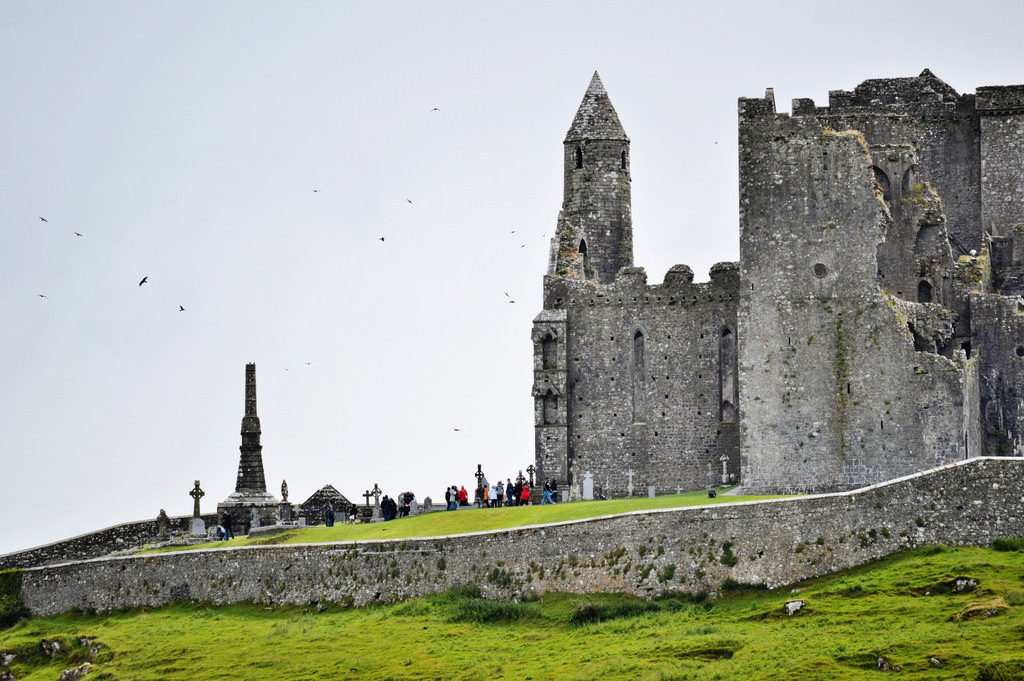 This is the Most Beautiful Ruin in Ireland: Rock of Cashel

Have you ever wondered where you can find the most beautiful ruin in Ireland? Well, the old castle ruin atop Rock of Cashel may just be the one you’re looking for. Rock of Cashel was, without a doubt, the most impressive historic site I encountered during my round trip in Ireland’s Ancient East. Its startling beauty, however, is only one of its fascinating assets. This centuries-old ruin stands on the land of the old kings of Munster.

I recently visited a country I had barely explored before: Ireland! I remember going on a weekend trip with my mother and sister. We briefly explored the city of Dublin, but flew back home after only a few days. That was several years ago, so Ireland was still largely unknown territory for me. This time, I had very high hopes and I was definitely not disappointed. I found the green meadows and fluffy sheep I was looking for, but discovered much more. After four days in East Ireland, I quickly realised that the area is a veritable treasure trove for ruin and abandoned building lovers.

Rock of Cashel: The History Behind the Most Beautiful Ruin in Ireland

The crumbling cathedral on top of the hill made for a enchantingly eerie sight as we approached the Rock of Cashel. Getting up close and walking around the ruin was even better. The Rock of Cashel is situated in Tipperary County, nearby the small town of, you guessed it, Cashel.

The Old Graveyard on Top of Rock of Cashel

The field next to cathedral became a graveyard in the 18th century. The resulting rows of high crosses certainly gave the place its final touch of mysterious allure. It was almost as though I was walking across on a perfectly arranged film set for an upcoming horror flick. That is except for the groups of tourists wearing bright and shiny raincoats, of course. As rain drops started to fall, the dark and heavy clouds made the scene extra ominous.

One of the high crosses was remarkably destroyed in a bit of a freak accident in 1976. The old gravestone that belonged to the O’Scully family was split into pieces after being hit by lightning.

Getting to Rock of Cashel, most beautiful ruin in Ireland

The Rock of Cashel is close to the M8 can be easily reached by car. There is a designated parking area east of the hill. Travelling by bus is also an option. There are over a dozen buses that stop at Cashel everyday. The Rock of Cashel has become a popular tourist attraction, so there are lots of large tour buses that regularly stop at the site. Try to plan your visit for sometime in the morning to avoid the crowds. Whatever you do, don’t skip the Rock of Cashel. You wouldn’t want to miss what might be the most beautiful ruin in Ireland.

This article was brought to you as a result of the #IrelandsAncientEast blog trip, created and managed by iambassador in partnership with Tourism Ireland. I maintain full editorial control of the content published on this site.