Whether you call it the Jurassic Park of Indonesia, the Land of Dragons, or Khaleesi’s empire, Komodo National Park is a truly phenomenal place on Earth. About a century ago, nobody was completely sure about their existence: the Komodo dragons. Nowadays, nobody will deny their powerful presence in Indonesia’s Lesser Sunda Islands. In fact, they are as real as my unconditional love for ice cream.

As amazing as they are, the dangerous dragons aren’t the only natural wonders of Komodo National Park. The islands offer ravishing panoramic views, gorgeous beaches, and many other animals. This includes deer, water buffalo, monkeys, bats, and manta rays. I recently travelled around Indonesia and discovered 4 natural wonders of Komodo National Park! 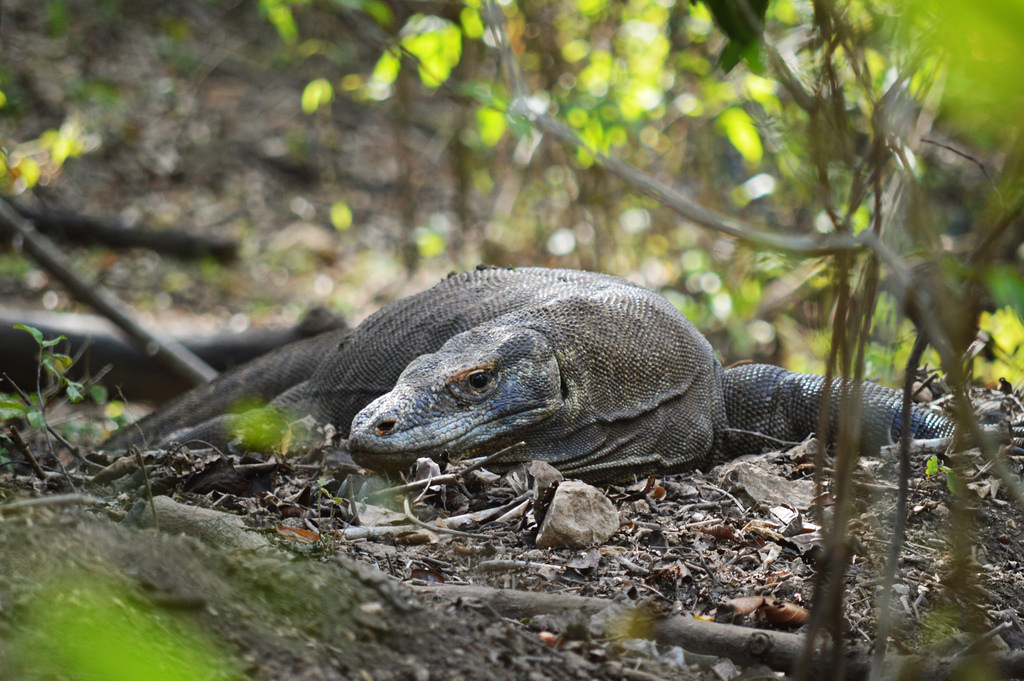 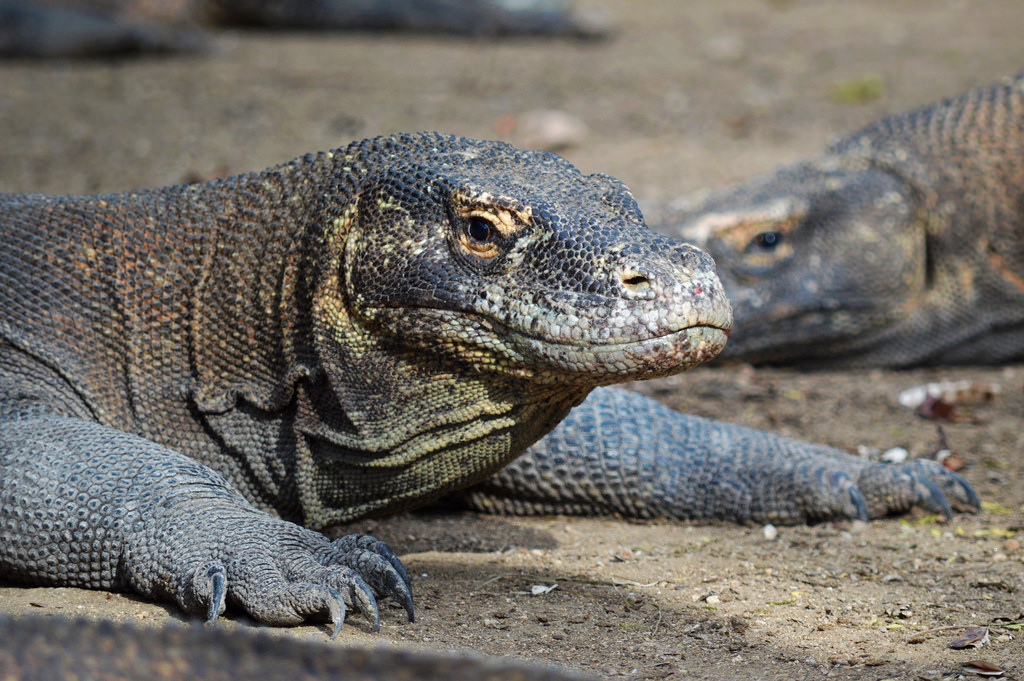 1. The Komodo Dragon: Largest Lizard in the World

Komodo dragons can grow up to 3 metres long and are the largest lizards in the world. Researchers think their abnormally large size is a trace trait from an ancient species of megafauna ancestors. Komodo National Park consists of several islands, but you will currently only find Komodo dragons on two of them: Komodo and Rinca. It is also for this reason that Komodo Island was chosen as one of the New 7 Wonders of Nature, along with places like Amazon Rainforest and Table Mountain.

You should never go on a walk by yourself. Komodo dragon bites can be deadly due to toxins in their mouths, and there are reports of occasional attacks on humans.

Although you have very high chances of seeing a Komodo dragon on Komodo island, Rinca island is also a good contender. You can go on a hike with a trained ranger and track Komodo dragons near their nests and usual resting places. Be aware: You should never go on a walk by yourself and always keep a safe distance from the dragons. Their bites can be deadly due to toxins in their mouths and there are reports of occasional attacks on humans. 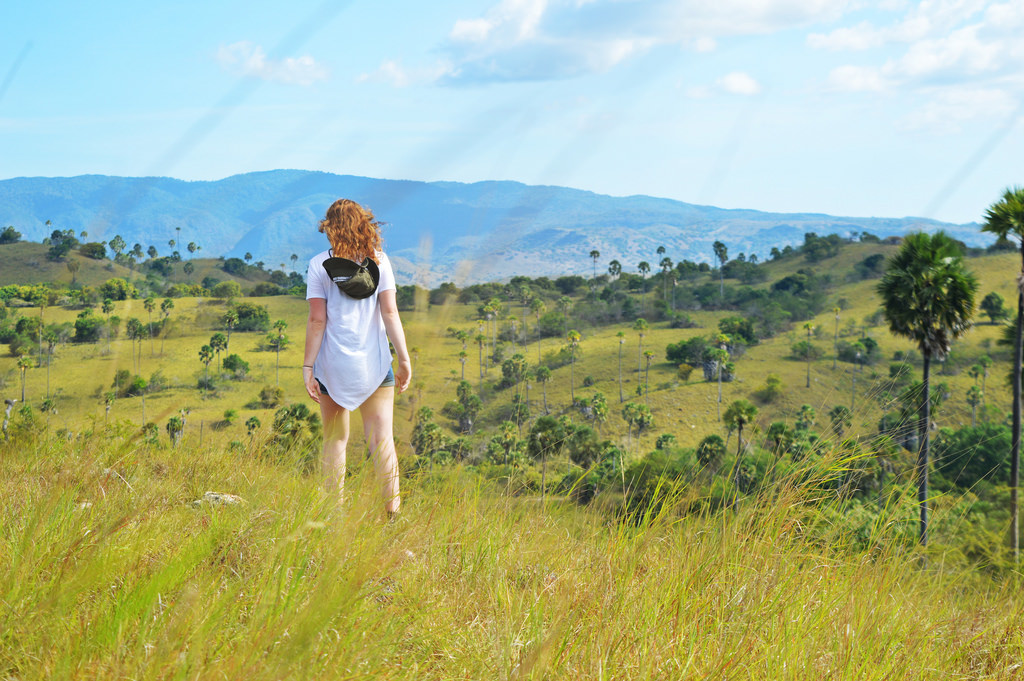 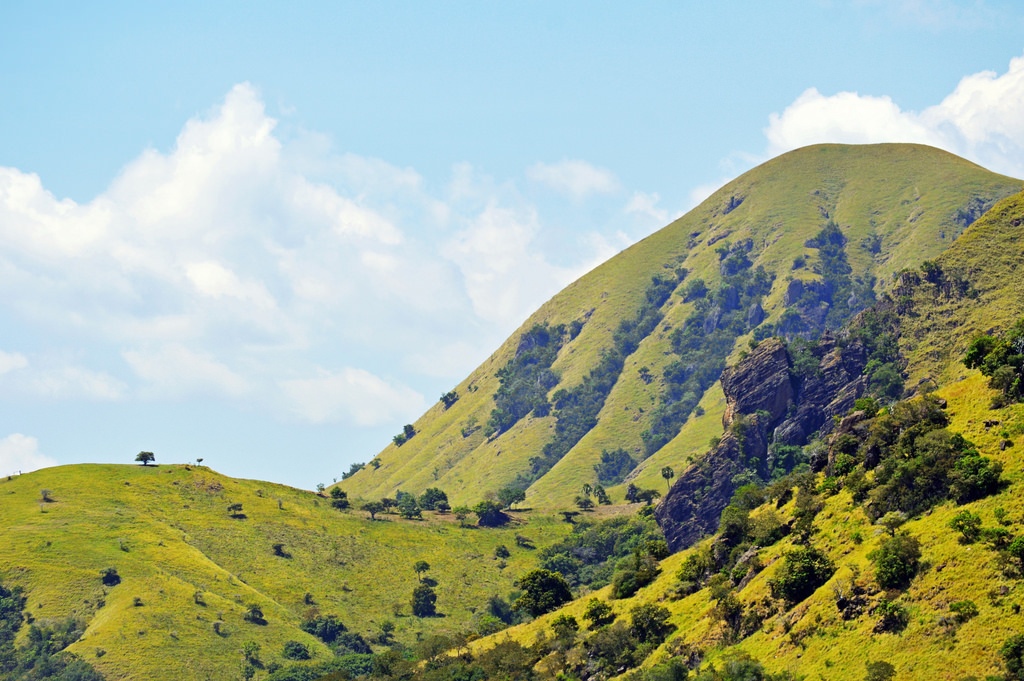 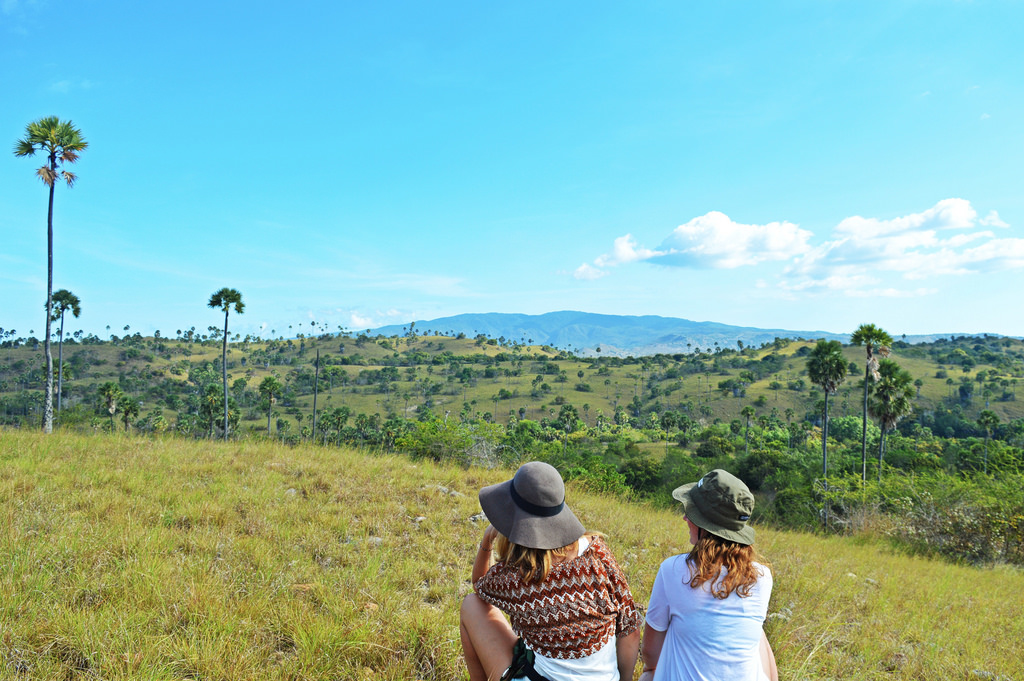 Komodo National Park isn’t nicknamed the Jurrasic Park of Indonesia for no reason. The landscape of Rinca island (Pulau Rinca) consists of grassy meadows full of tall palm trees, a sight I’ve never seen anywhere else on the planet. What’s even more spectacular, though, is the view from one of the hills on Padar island (Pulau Padar). The steep climb to the top may have been the most intense I’ve ever done, but it was also the most rewarding. 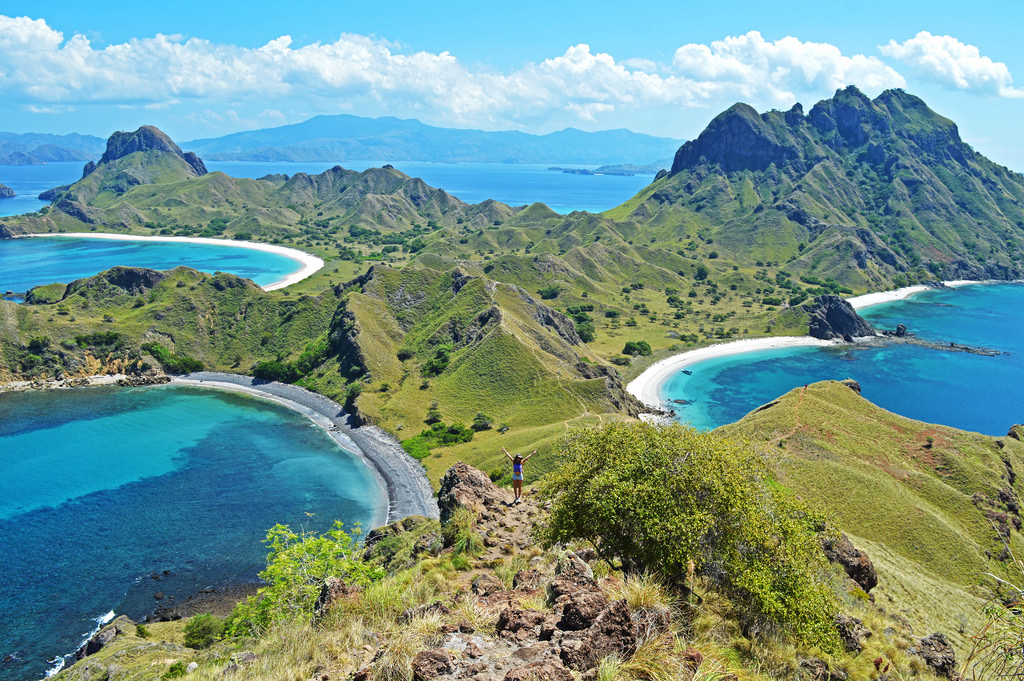 As you can see for yourself, each step was worth every sweat drop! The view of the multiple bays and blue water is definitely in my personal top 3. After descending the hill, back to the beach, we immediately jumped into the crystal clear water to cool off. It doesn’t really get any better. 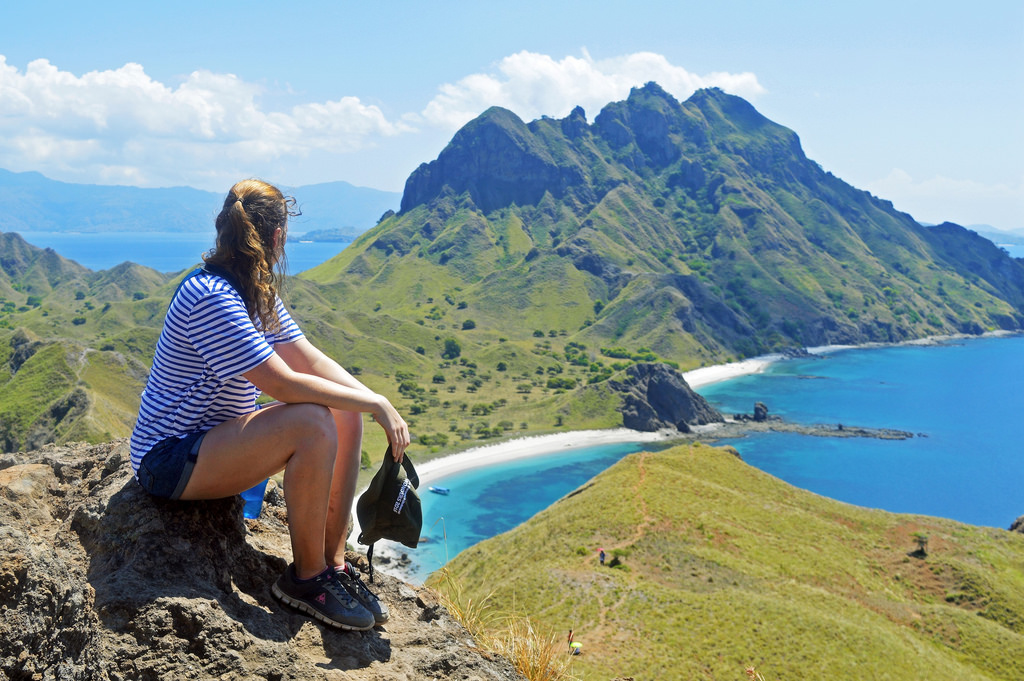 I think I can confidently say that Indonesia certainly doesn’t lack in the perfect sandy beach department, but Pink Beach (Pantai Merah) is definitely something else. Pink Beach is part of Komodo Island and can only be reached by boat. The sand at Pink Beach contains microscopic creatures called Foraminifera. These creatures produce a red pigment, which makes the beach look a tiny bit pink. This captivating hue isn’t the only thing special about Pink Beach: the colourful coral reefs near Pink Beach are full of exotic fishes. I can confirm: snorkelling at pink beach is like entering an underwater world that rivals the opening scene of Finding Nemo. 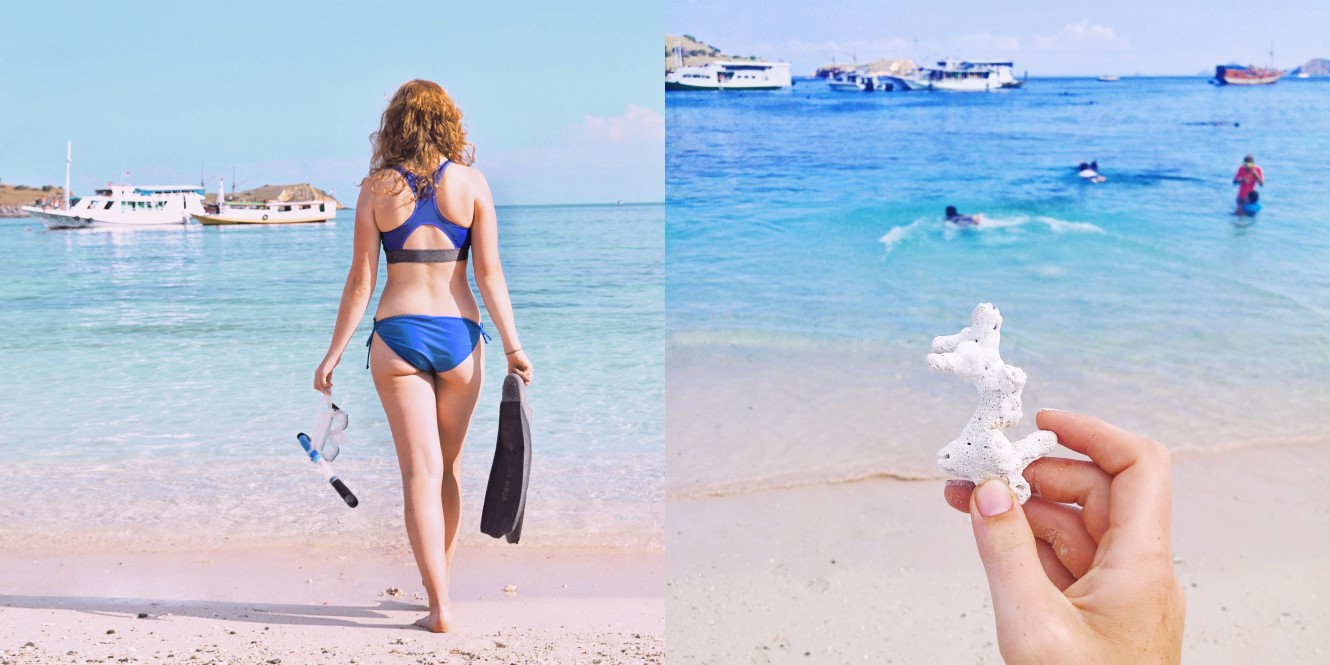 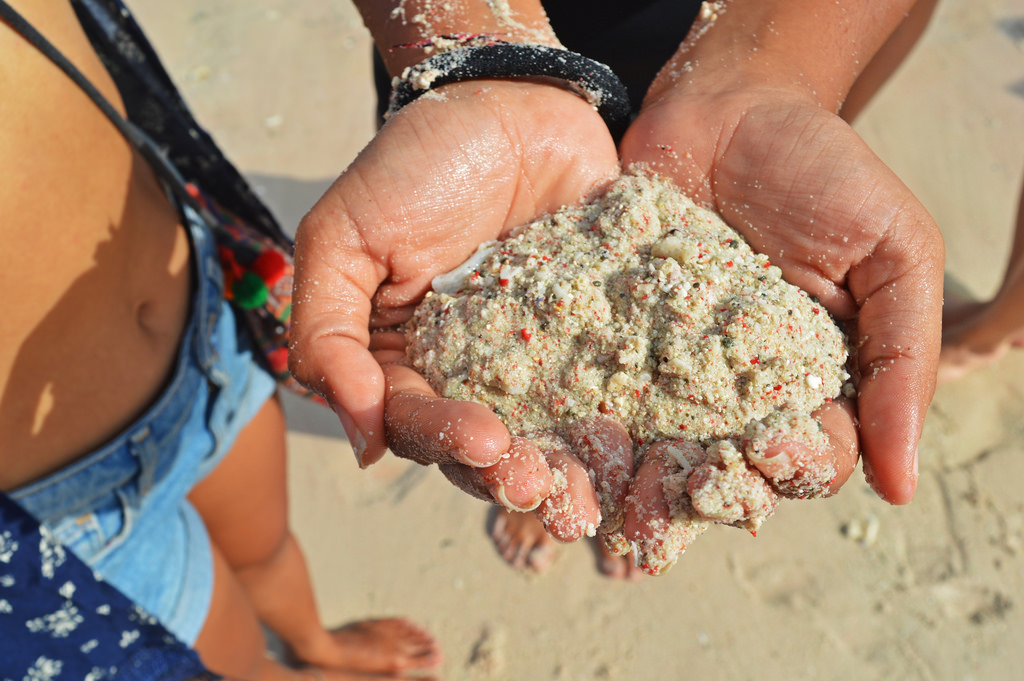 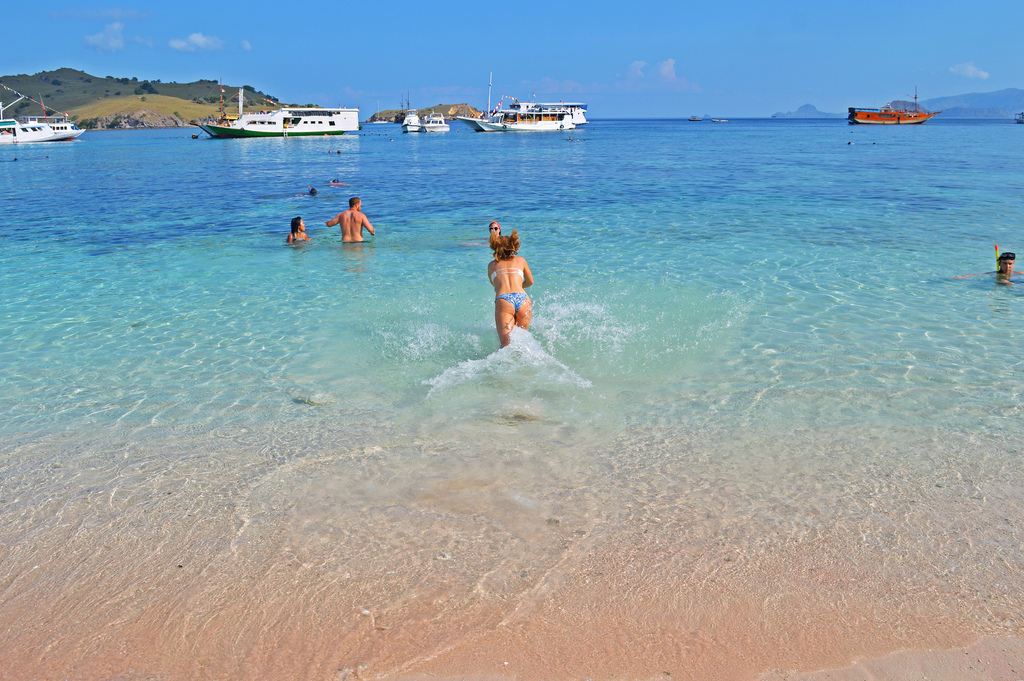 Last but not least, I have to include the natural spectacle that occurs every single sunset. One island, Pulau Kalong, literally translates into “Bat Island”, and for good reason. When you approach the island by boat, nothing will seem out of the ordinary.

You’ll be enjoying the incredible sunset, when you suddenly see something moving in the corner of your eye. A seemingly limitless surge of bats will finally rise from the mangrove forest to cross the water. The bats wake up at twilight to gather breakfast, which they find on other surrounding islands. The result is a mass migration of flying foxes against a backdrop of a multi-toned sunset sky. 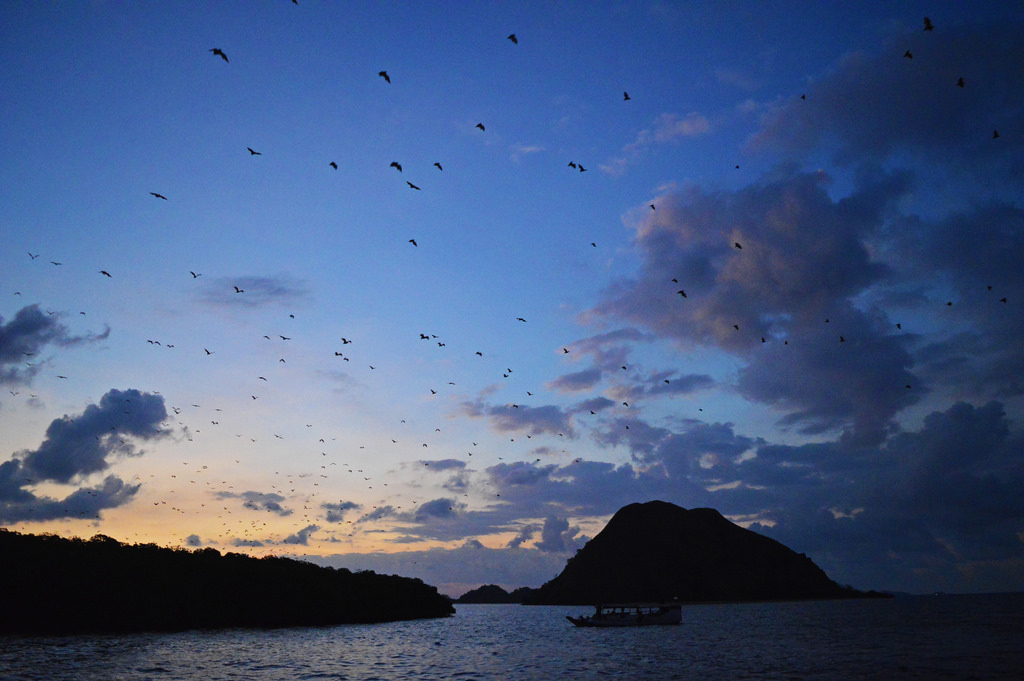 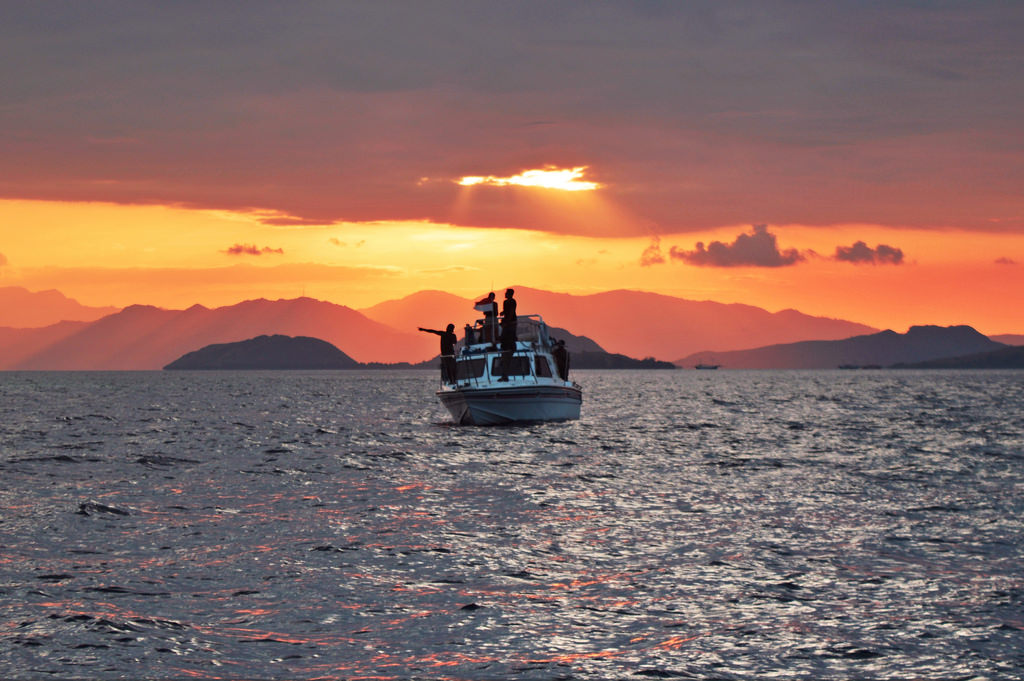 This blog post was made possible by the Trip of Wonders 2016 in #WonderfulIndonesia. A very special thanks to Indonesia.Travel for inviting me on this incredible journey! 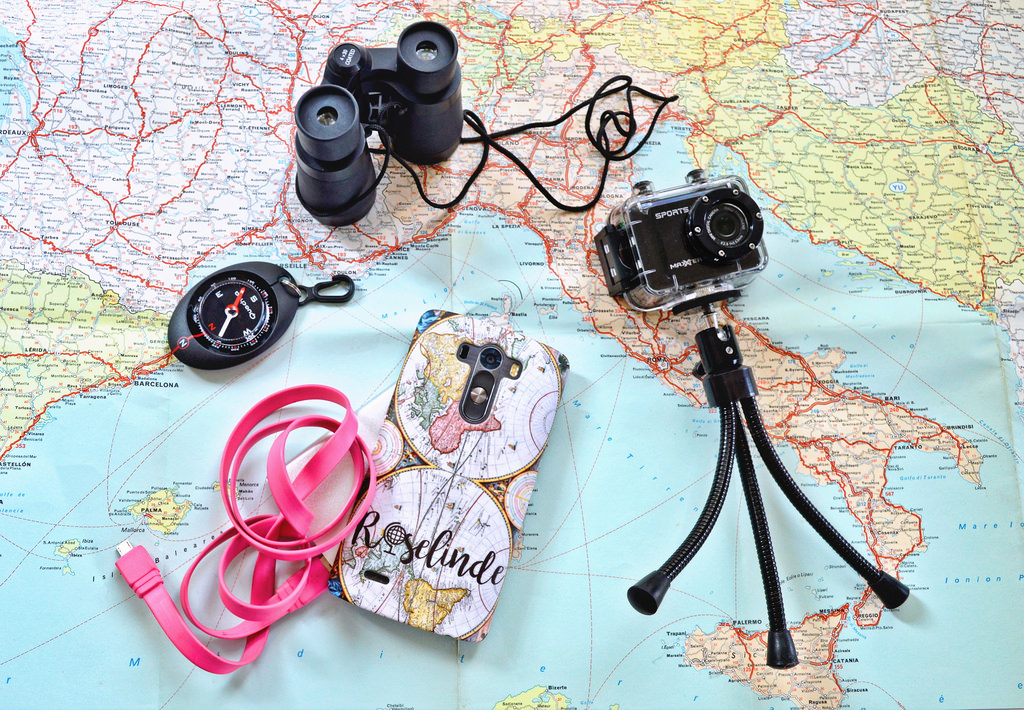 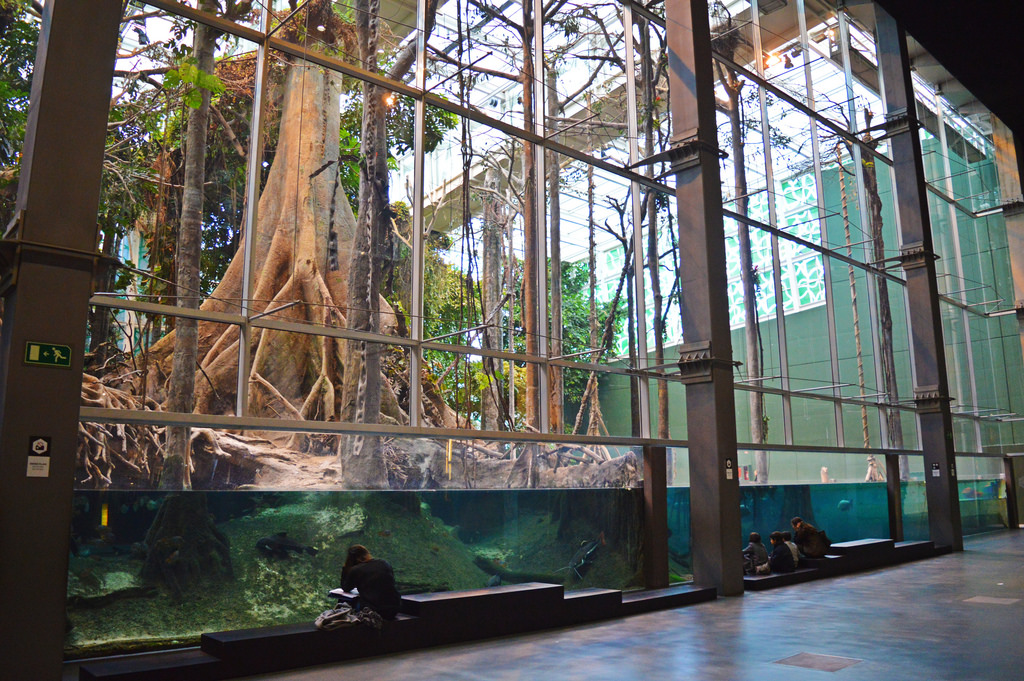 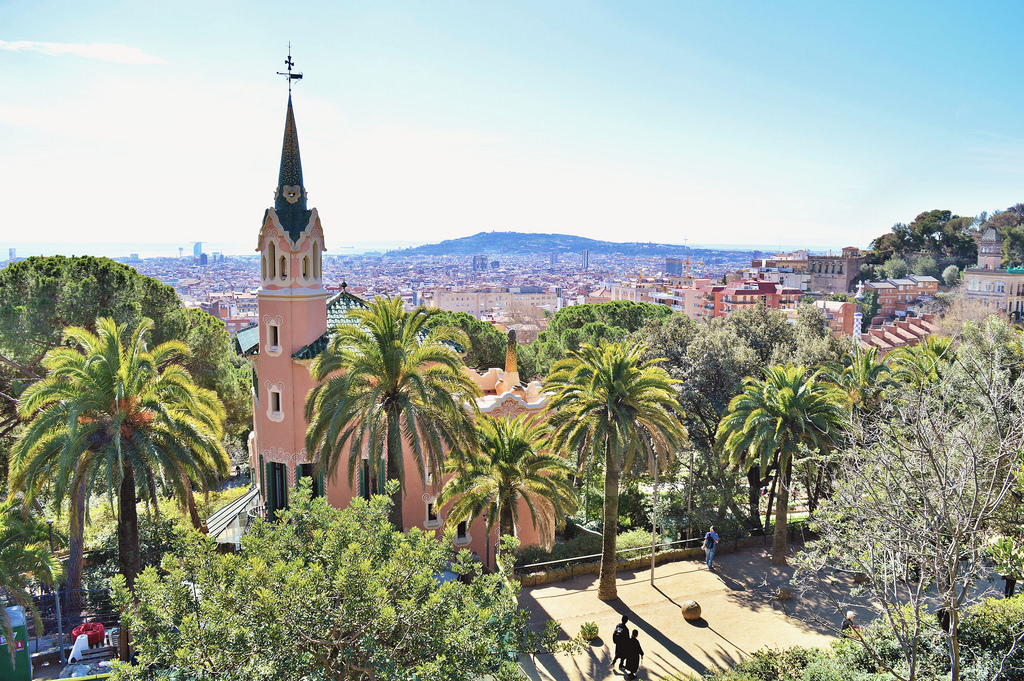