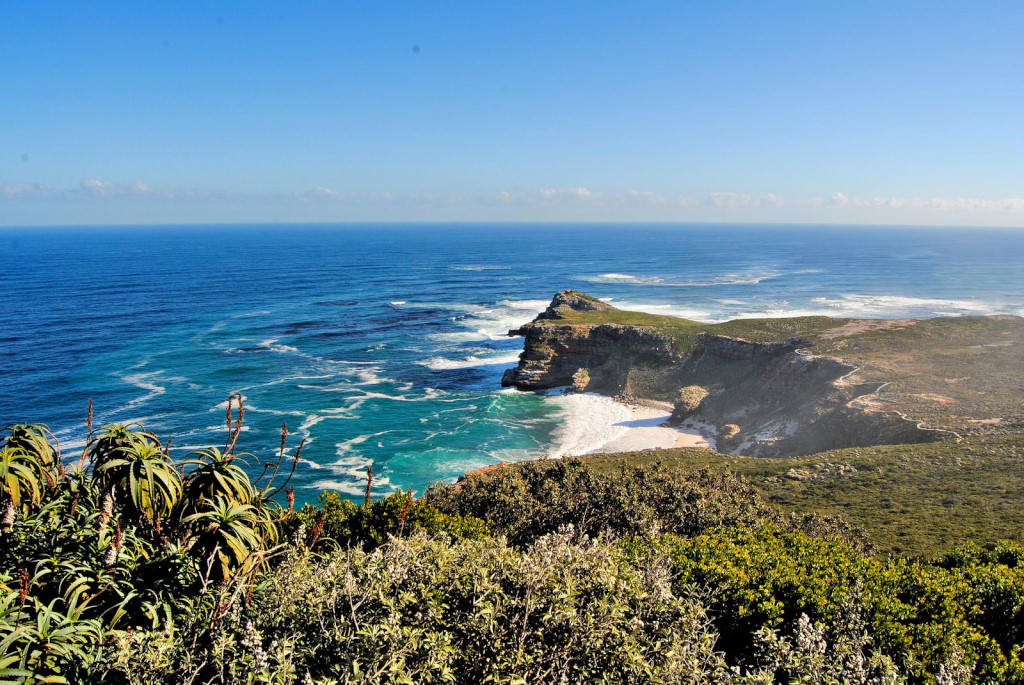 The Story Behind Cape Point: The Legendary Cape of Storms

Have you ever heard of Cape Point? It’s the a famous coastal peak at the tip of the Cape Peninsula in South Africa. The Cape Point Nature Reserve lies just outside of Cape Town and might just be one of the most scenic areas in South Africa. Why? Well, because the legendary peak provides amazing views of the bright blue ocean below and the even more well-known Cape of Good Hope in the distance. But what’s the story behind Cape Point? Why was it called the Cape of Storms? And what about the Flying Dutchman, the legendary ghost ship? Let’s find out.

The Story Behind Cape Point: How Did it Become the Cape of Storms?

Before the introduction of radar technology, Cape Point was a major navigational landmark. It was first named the “Cape of Storms” by the Portuguese explorer Bartolomeu Dias in 1488. The rocky point and treacherous coastline became notorious for their horrible weather and violent storms. Remains of many shipwrecks are still scattered around the coastline. Because of this destructive reputation, sailors have always feared the southern tip of the peninsula and treated Cape Point with much respect.

The Old Lighthouse and the Legend of the Flying Dutchman

On the highest peak of Cape Point is where you will find the old lighthouse, completed in 1859. You can either hike up the peak to go see the lighthouse up close or buy a ticket to ride the Flying Dutchman Funicular. And yes, you guessed it: the funicular was named after the legend of the Flying Dutchman ghost ship.

Even on a calm and sunny day, it reminds you of the many shipwrecks lurking below the surface. But when the stormy weather comes back around, pay attention to the misty horizon. In the 19th and 20th centuries, people reported many sightings of the legendary ghost ship, eerily glowing in the distance. While touring the British colonies in 1881, even Prince George of Wales (who would later become king) reported seeing the ghost ship at four in the morning, as did thirteen of his crew members.

While touring the British colonies in 1881, even the young Prince George of Wales and thirteen of his crew members reported seeing the ghost ship at four in the morning.

The story goes that at least one of the ships from the Dutch East India Company and its crew tragically sunk at Cape Point, somewhere in the 17th century. Any sightings of the ship were interpreted as very bad omens.

ALSO READ  It's a Big World

There is another, newer lighthouse that now stands proud at a different spot, closer to the water’s edge. The old lighthouse wasn’t always visible, especially at night and in foggy conditions. On 18 April 1911, yet another ship, a Portuguese liner called Lusitania, shipwrecked just off the coast at Cape Point. This was the moment when they finally decided to build another lighthouse closer to shore.

How to Explore the Cape Peninsula

The route to the reserve is already tantalizingly beautiful, especially if you choose to cycle across the Cape Peninsula. My brother and I went on a tour that combined a car ride with a bicycle ride and explored the coast in one day. If you’d like to take more time to explore the Cape Peninsula entirely by foot or bicycle, I would plan for 2-3 days. Cape Point is only a few km hike away from the Cape of Good Hope, which is usually the final destination on the Cape Peninsula route.

The Cape Peninsula is a protected area, so it is also home to (among other species) a population of ostriches. I can now proudly say I have seen ostriches on three different continents: Europe, Africa, and North America! These were the first wild ones I saw. The ostriches are harmless and quite entertaining, mainly because of their small brains and obsession with food (like me). The native dassies are also very cute, perhaps even cuter than squirrels. The baboons can be a lot more dangerous, however. Never feed the baboons!

The Cape Point Reserve itself falls within Table Mountain National Park, an official world heritage site. If you are physically able to, I strongly recommend you to climb the peak and take your time absorbing the views. Continue your hike towards the finish at the Cape of Good Hope. The easiest way to do this is to join a peninsula tour group (my brother and I went with the Bazbus Peninsula Tour). You won’t see anything like it anywhere else on our planet.

7 thoughts on “The Story Behind Cape Point: The Legendary Cape of Storms”