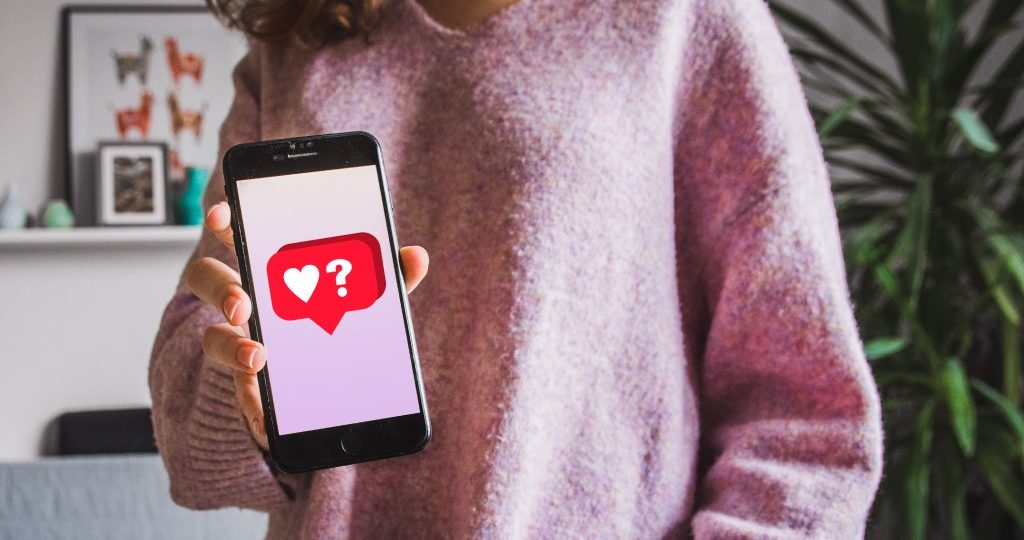 If you are in any way active on social media app Instagram, chances are you’ve heard of their plan to hide public like counts on a global scale. CEO Adam Mosseri has recently explained that hiding likes is all about their goal of taking away pressure for (young) users and making Instagram “less of a competition”. While I’m sure that the growing conversations that link social media use to mental health problems is one of the factors that inspired Instagram to announce this change, I highly doubt it was the main reason. When you dig a little deeper, the most important motivations aren’t hidden that well. Instagram isn’t counting on the average grammer to pick up a shovel, but I think every user deserves to see the full picture. That’s why I decided to do the research and share the real reason why Instagram is hiding likes.

Although I was initially excited about this announcement and still generally support the change, I couldn’t help but feel that we weren’t getting the full story. I dedicated my master’s thesis to exposing unspoken, profit-driven schemes that underpin the platform economy. This case is no different. You can smell it from miles away (and it reeks). After all, Instagram is a subsidiary of mega-corporation Facebook inc. And undeniably, Facebook’s primary objective will always be making money, specifically by tapping into the advertising market.

When it comes down to it, Instagram isn’t really about giving you a voice, helping you connect to your friends or making you feel happier on an everyday basis. It’s about collecting your data and selling it to advertisers. Let’s not forget: that’s the revenue model.

Instagram isn’t telling you the full story, and that’s definitely on purpose. They’re sticking to the mental health angle as a sparkly layer of gift-wrap. But it’s only the tip of the iceberg. Why? Well, the bigger reason isn’t a very marketable move.

Before I get into the specifics, let’s consider one question first. Instagram is going to ‘switch off’ public like counts for every account and turn that into a private statistic. The only ones who will know how many likes a post gets (which consequently conceals engagement rates as well) is the person who posted it and … Instagram, of course. Now, for the question: why would Instagram roll this out as a universal rule for every account, rather than a privacy option; a choice?

This wouldn’t exactly be an outlandish move. Facebook users, for example, have been able to manually hide their number of friends from the public for years. Hiding likes isn’t about giving users any tools or options to safeguard their privacy and mental health. This isn’t about improving transparency either. In fact, turning like counts into a private statistic is technically a restrictive move. It will generally lead to more secrecy, even if it may initially discourage competition and ‘buying’ likes.

Essentially, universally hiding likes on every account is about top-down control. Like Dr Belinda Barnet (senior lecturer in media) also explains in this article, Instagram wants to regain some control over the influencer economy.

The real reason: Instagram hides public metrics to profit from the influencer economy

As you probably know, independent content creators regularly accept sponsor deals by promoting products or services. They often do so by posting ads on their Instagram account. Depending on their impact and the size of their following, influencers can make up to thousands with these collaborations.

Businesses that are looking to work with influencers will, of course, look at what kind of ‘reach’ an influencer has. The bigger the audience an influencer can reach, the more exposure a business can count on for their brand and product. And even if an influencer has a lot of followers, the average like count on their posts will tell you a lot more about how engaged their audience is (this is called an engagement rate).

Even if you have millions of followers, your audience is virtually useless to advertisers if none of those followers look at your posts for more than 5 seconds and fail to leave a like or comment (weak engagement). Those followers are never going to buy their product or service. By restricting access to like counts, Instagram makes it much more difficult for businesses to immediately know what an influencer’s engagement rate or ‘social currency‘ is.

Instagram wants to squeeze in the middle of those collaborations, act as a mediator and catch a percentage. They want influencers to start compensating Instagram for sponsor deals.

Don’t underestimate how much Instagram statistics matter in the influencer economy. As a freelance travel blogger, businesses have even asked me to screenshot individual stories that I’ve posted during press trips, just to see how many views each of them got.

This nosiness is common practice. Influencers are regularly sharing statistics directly with advertisers, bypassing Instagram in that process. Businesses demand access to these private statistics. So far, they have been dependent on content creators willingly sending these screenshots. Now that even like counts are hidden, it will likely deter businesses to immediately trust content creators.

It’s possible that Instagram is trying to convince businesses to create their own ads on Instagram, instead of working with influencers. But I sincerely doubt that. Instagram is also working on options where businesses can promote influencer posts via Instagram, and not just externally by contacting influencers directly. The platform’s move towards branded content, which means paid promotions within the Instagram ecosystem, is intended to tap into sponsor deals.

Instagram doesn’t want to get rid of influencers, but wants to encourage companies to run ads directly on Instagram instead of by paying influencers separately. The new paid partnership tool enables content creators to toggle on the ‘allow my business partner to boost’ option. This grants businesses access to the ‘back-end’ of influencer’s Instagram posts, while Instagram conveniently grabs a percentage in paid partnerships.

New reports in the last few days have mentioned another reason for Instagram to test hiding likes: former Facebook employees claim the growth and data science teams believe that hiding likes encourages users to start posting more to their feed again. CEO Mosseri has echoed this on Twitter as well.

Since the introduction of stories, users have generally started posting to their feeds less frequently. Stories don’t have like counts and disappear after 24 hours. This has given rise to an unspoken social rule: stories are temporary and don’t have to be perfect, but what stays on the feed needs to be the cream of the crop. A high number of likes is the ultimate validation.

Making Instagram feeds into a less competitive space will presumably ease user’s nerves and restraints. This, in turn, should lead to people posting more original content to their feed again AND spending more hours on the platform.

The perfect opportunity for positive publicity

Those are the facts for now, so I can only speculate about future changes. Instagram might introduce premium features like a ‘business subscription’, for example, where you pay for access to statistics. Perhaps the number of followers will be hidden in the future as well, to increase user ‘productivity’ even more. Who knows?

Point is: the mental health story is the perfect opportunity to ride the wave of positive publicity. In the meantime, Instagram is throwing out a fishing net to catch extra profit and take control of influencer income. It’s a wolf in sheep’s clothing kind of move.

I’m not saying Instagram is evil. I’m just reminding you that Instagram is a multi million-dollar business that isn’t primarily concerned about your well-being. I still support hiding likes, although I think it would have been better to make it a choice. But that would have clearly ruined their not-so secret strategy: restricting public metrics to co-opt influencer marketing and boost user productivity.

Are you looking for a digital creator with insider knowledge about the world of travel blogging and influencer marketing? Or were you hoping to find a consultant with expertise in new media and digital culture? Check out my work with me page and let me know how I can help.

5 thoughts on “The Real Reason Why Instagram is Hiding Likes”