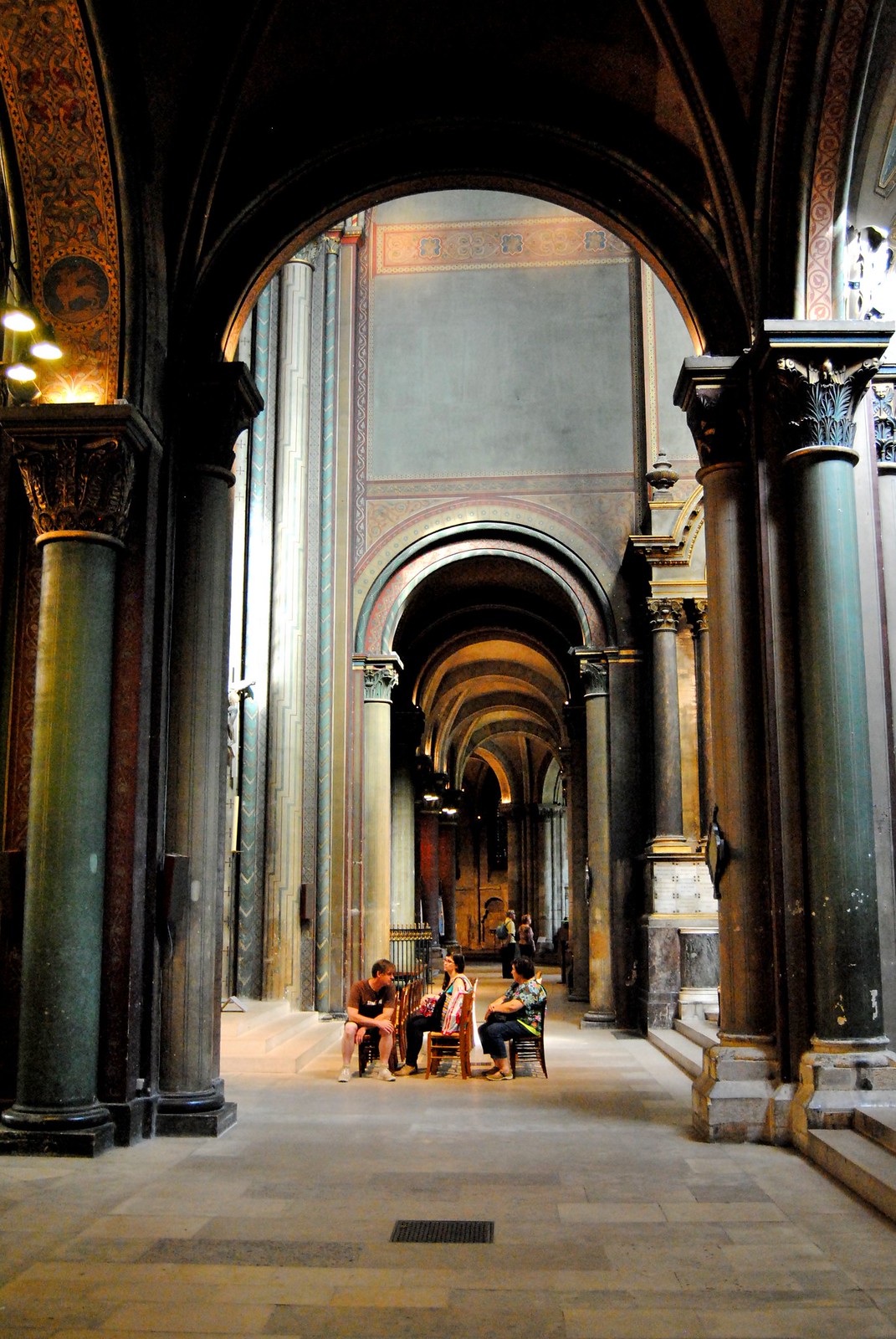 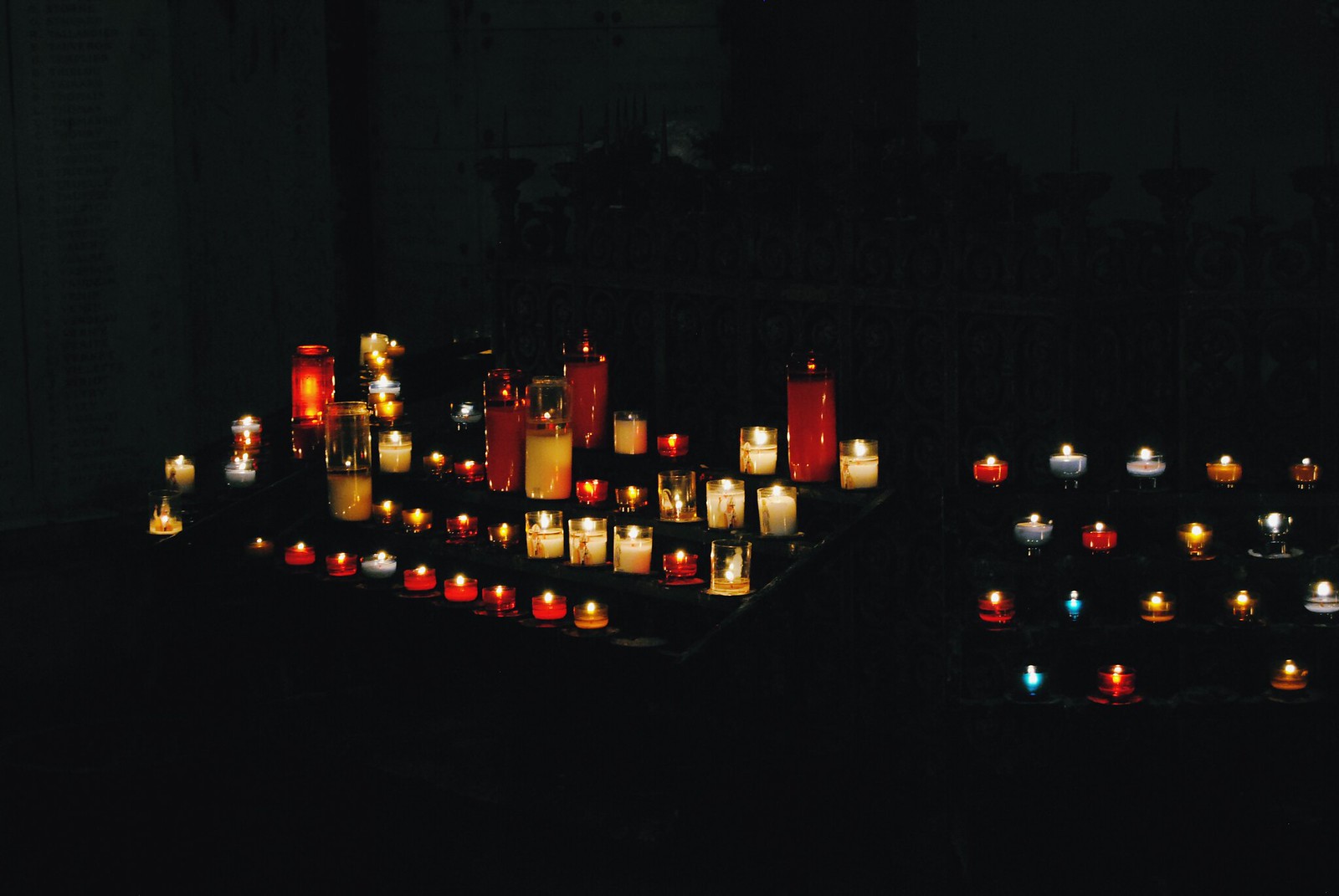 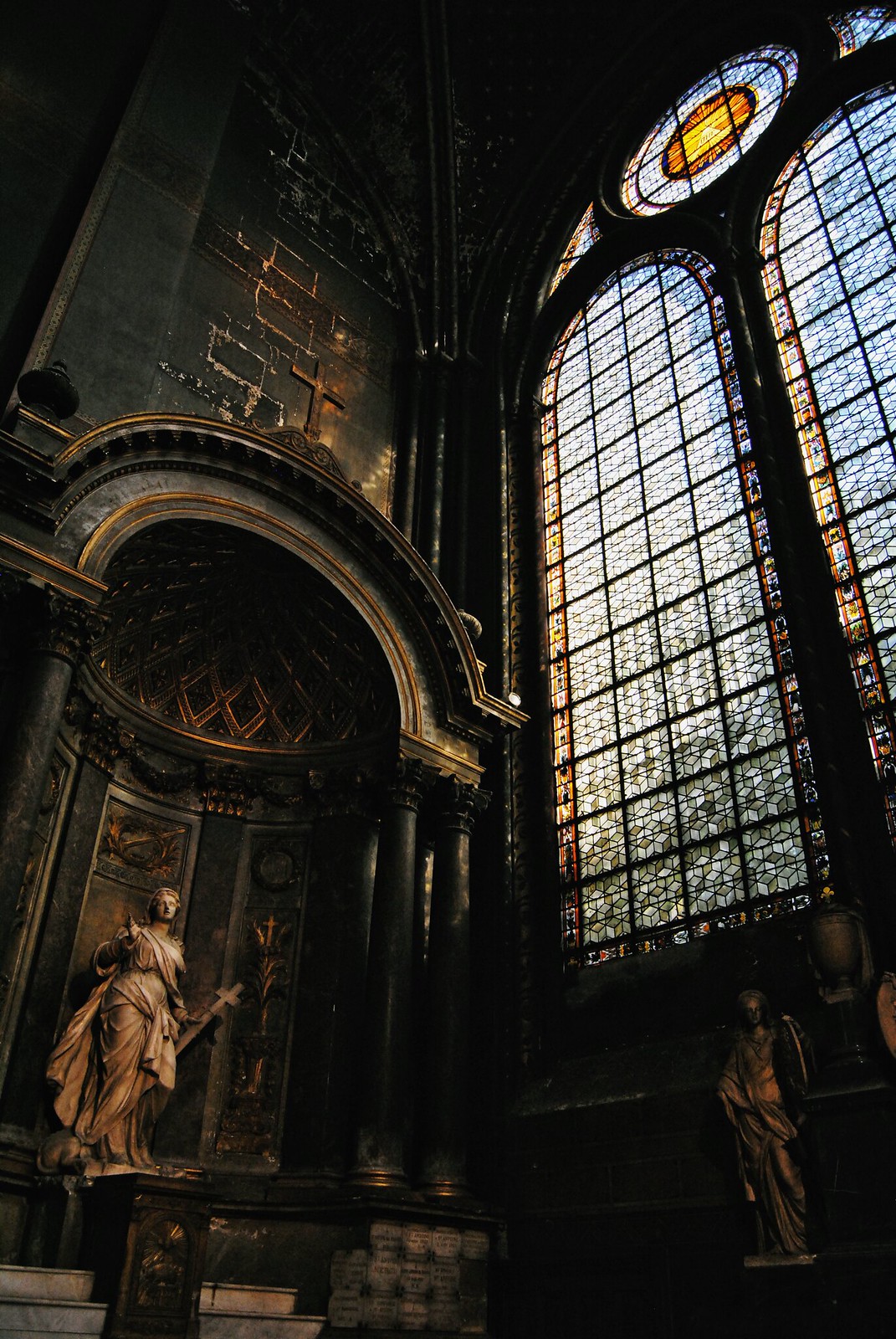 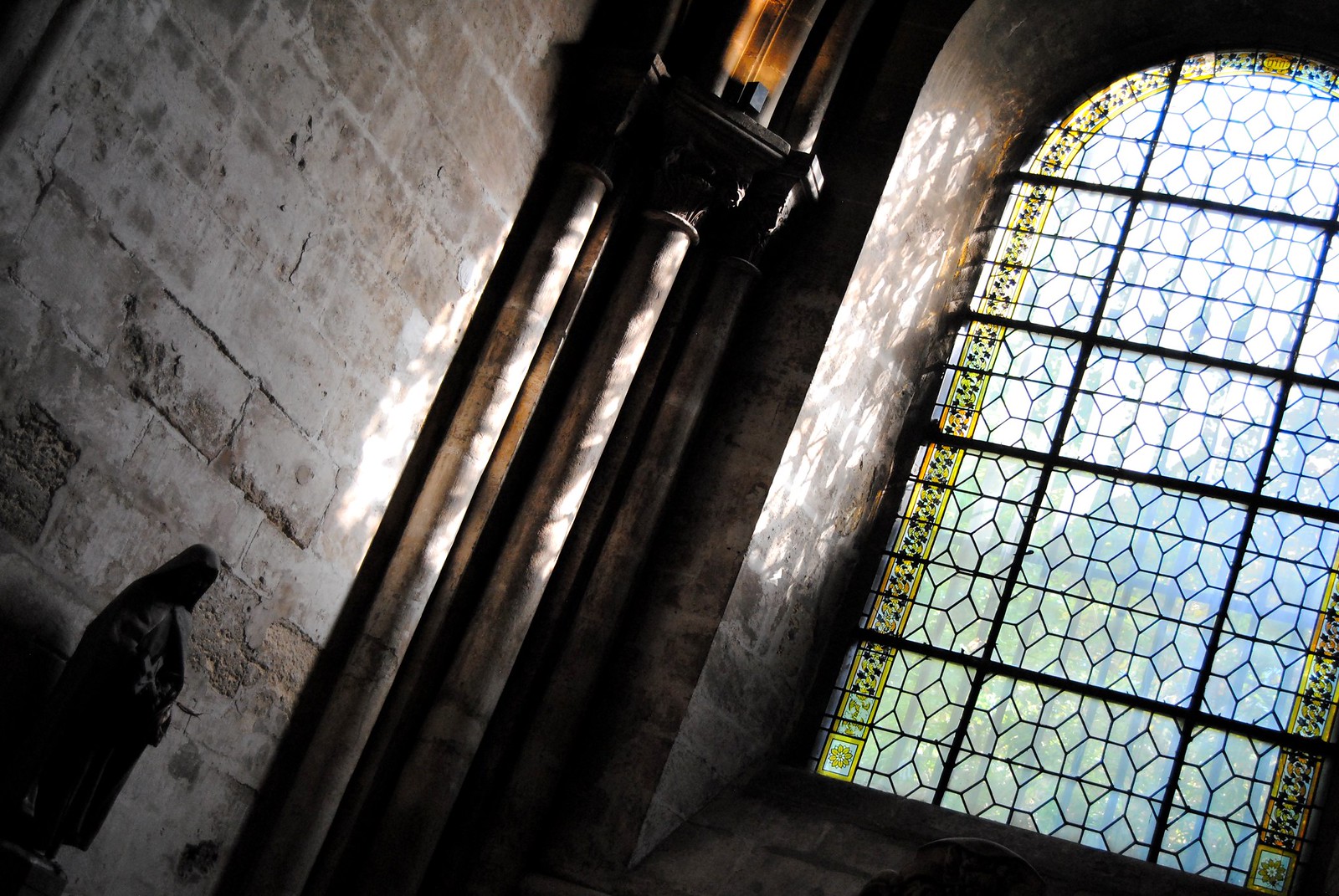 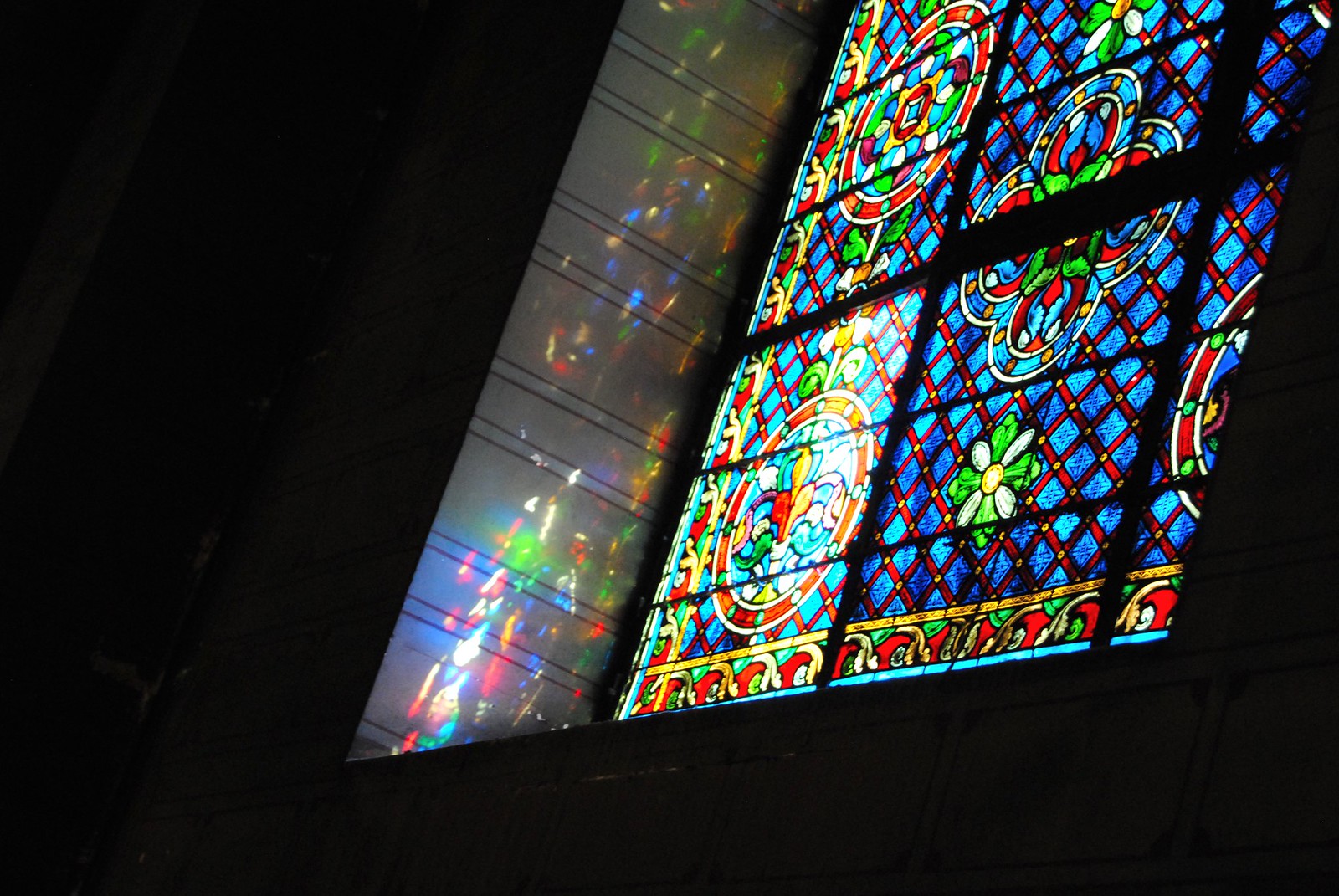 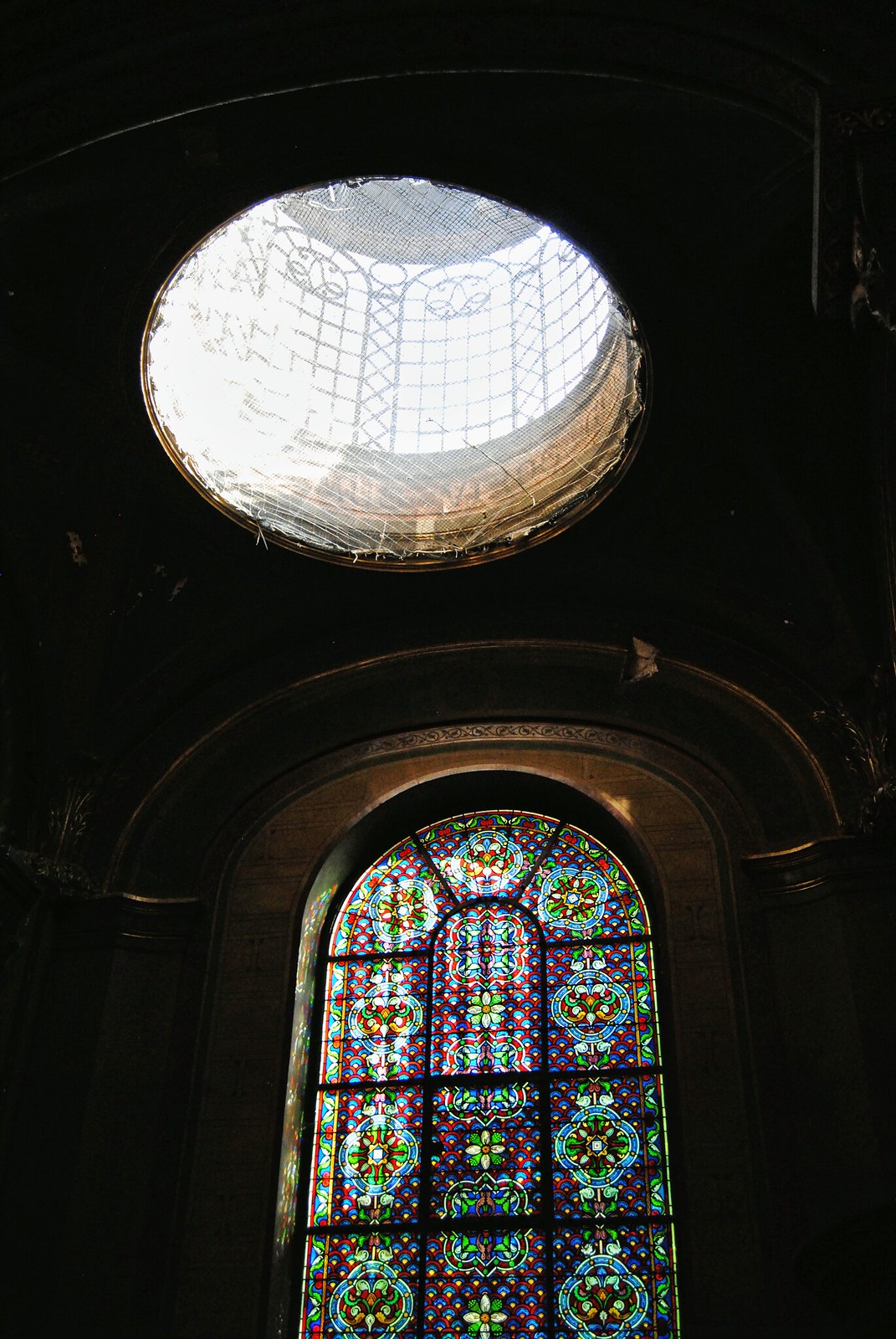 The 6th century Église de Saint-Germain-des-Prés (Abbey of Saint-Germain-des-Prés) is located just beyond the outskirts of early medieval Paris. It was the burial place of Merovingian dynasty kings of Neustria. Neustria was the western part of the kingdom of the Franks. It was created in 511 upon the division of the Merovingian kingdom of Clovis Ito between his four sons. Back then, the Left Bank of Paris was often flooded by the Seine river, so much of the land could not be built upon. The Abbey stood in the middle of fields, or prés in French, which explains its name.

I briefly visited the church during the summer of 2013 whilst I was exploring Normandy with my parents and sister. We decided to add a few days to trip and enjoyed a short visit to Paris as well (never a bad idea). Nowadays, the quiet fields are certainly a thing of the past. The abbey has long been absorbed into Paris’ bustling city centre.

What stood out most to me were the abbey’s painted ceiling and marble pillars with rich colours. Interestingly, one of the abbey’s side chapels also houses the tomb of famous philosopher René Descartes. It’s probably not the most stunning church in Paris by most standards, and most certainly not the most well-known. Nonetheless, the abbey is certainly worth a quick visit if you happen to be in the area!

5 thoughts on “Medieval Paris: The Abbey of Saint-Germain-des-Prés” 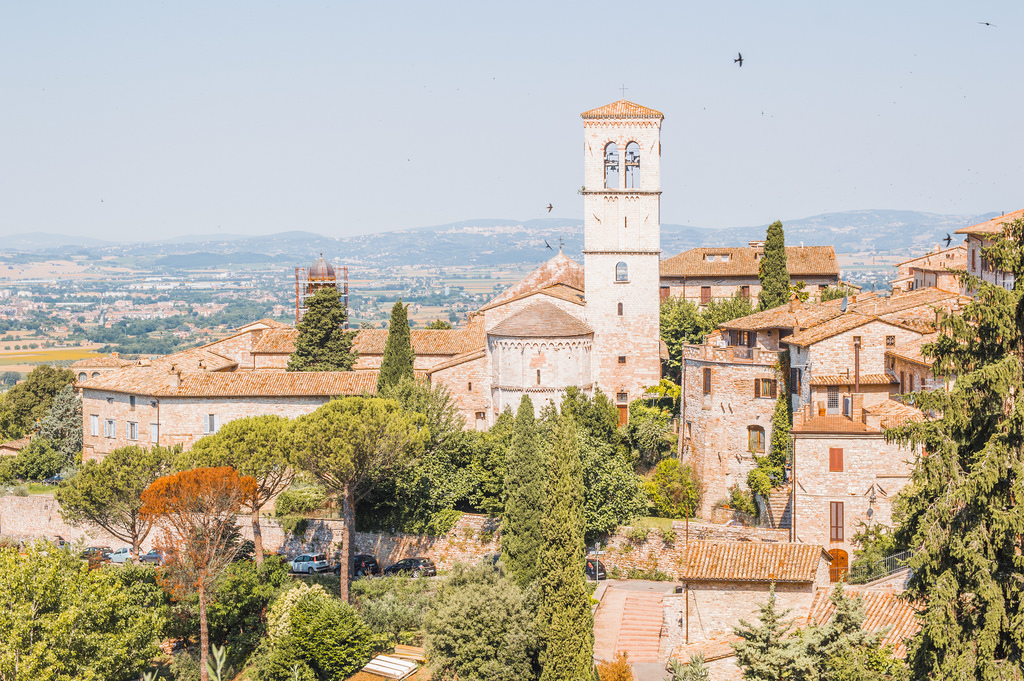