Although I had been to Poland a few times before, Lower Silesia was a region that was completely off my radar. And it definitely wasn’t because there was nothing exciting to see or experience in this southwestern part of Poland. On the contrary, Lower Silesia has been at the crossroads of European cultures and conflicts for centuries. The area once belonged to the Kingdom of Poland, the Kingdom of Bohemia, the Holy Roman Empire, the House of Habsburg, the Kingdom of Prussia, the German Empire and I could go on. You can probably imagine how many interesting stories and fascinating heritage sites are waiting to be discovered. So why aren’t we all talking about Lower Silesia? Well, I’ve finally figured it out. Let me tell you why Lower Silesia should be your next travel destination in Poland.

During World War II, Lower Silesia was occupied by Nazi Germany. During that period of European history, many of the old castles and palaces in Poland became strategic locations for the German army. A castle like Książ, for example, was snatched to be rebuilt as a command center and comfortable home for Hitler. Another castle, Schloss Kamenz, became a kind of transit station for ransacked artworks that the Nazis had confiscated. After the war, so during the Soviet era, most castles and palaces were looted, destroyed or simply abandoned. It wasn’t until the fall of the Berlin Wall that Poland could start restoring and redeveloping their heritage sites. Tourism was basically non-existent in the decades that preceded the nineties. Now, in the early 21st century, the palaces and castles of Lower Silesia are finally getting a second chance at life.

Tourism in Lower Silesia was almost non-existent before the nineties. Now, in the early 21st century, the palaces and castles are finally getting a second chance at life.

Castle Książ is a particularly perfect example of don’t judge a book by its cover. This Polish castle may look like a fairy tale film set from the outside, all pretty on top of a hill. But there is much more than meets the eye. I am talking about a massive underground bunker and tunnel system where the Nazis operated. It was called Project Riese (‘Project Giant’), but they never got to finish it, thankfully. Nowadays, the castle is one of the most popular historic sights in all of Poland.

But not all heritage sites have been so lucky as Castle Książ. Schloss Kamenz, for example, which is a massive palace complex in Kamieniec Ząbkowicki, is still partially in ruins. Schloss Kamenz was built by Princess Marianne of Orange-Nassau, the daughter of the first Dutch King Willem I. She married a Prussian prince and started her family in Lower Silesia, but eventually left for the Netherlands. After the German occupation, the Red Army severely damaged the schloss in 1945, after which it remained abandoned for years.

There have been quite some repairs in recent years. Still, it will take many more before the entire complex returns to its former glory. But truthfully, this made my visit to Schloss Kamenz so much more fascinating. If you decide to explore Schloss Kamenz right now, you will witness how the heritage of Lower Silesia is slowly being resurrected. Lower Silesia is reaching full bloom once again.

Wroclaw is trendier and more energetic than ever

As Poland has now fully entered a new chapter in European history, many of the bustling cities have been experiencing a cultural boom as well. One of the liveliest and most charming historic cities in Poland is Wrocław, capital of Silesia. Although it’s a bit smaller-scale than the likes of Krakow, Wrocław is still a university town. The many students add a certain energy to the modern and free urban vibe, yet the old Bohemian and Prussian architecture creates one of the most romantic backdrops you can find in all of Poland.

In the ‘Venice of Poland’, the streets and many bridges (100+) are all manageable by foot. You won’t need an entire week to explore everything there is to see. But if you’re anything like me, you will want to extend your weekend without a doubt. A simple stroll around the historic center of Wrocław will take you to the impressive market square, guide you along the sidewalk cafes and quiet courtyards, and undoubtedly expose you to one of the not-so-hidden gnomes around town. These quirky gnomes were once a symbol against the soviet regime, but are now a friendly presence all around the city.

You can still travel off the beaten track in Lower Silesia

One great thing about Lower Silesia’s recent period of cultural redevelopment is that the region isn’t on everyone’s bucket list just yet (even if it should be). My advice: take full advantage of that fact. Lower Silesia is one of the few areas in Central Europe where you can still travel off the beaten track. You could hop from one city to another, but going on a road trip might be an even better idea for adventurous types. Drive around, navigate to the many hilltop castles and neighbouring villages. And once in a while, go on spontaneous hikes in the green pockets of Polish nature, like Rudawy Landscape Park.

Rudawy Landscape Park, home of the Krzyżna Góra mountain and Kolorowe Jeziorka (Colourful Lakelets) became a protected area in 1989. Locals are quite aware of the natural beauty of this patch of nature. Fortunately, tourists and travellers haven’t quite gotten the memo just yet. After about an hour of hiking from the nearby parking lot, Rudawy Landscape Park revealed its hidden treasures. You will easily spot the multiple little lakes with the most weirdly colourful water I’ve personally ever seen.

These lakelets in Lower Silesia aren’t entirely ‘natural’, since they are the result of former mining activities, but they are striking nonetheless. The unique colours of the water are due to the diverse compositions of local soil. The purple-orange lake owes its color, for example, to the pyrite-rich soil. The azure-blue lake has many copper particles instead. Just so you know: the azure lake is suitable for a refreshing summer swim, but it’s better to admire the orange lake from a safe distance.

Want to explore more of Poland and Central Europe?

Clearly, Lower Silesia in Poland is a perfect starting point not only to explore more of the country, but to explore more of Central Europe as well. The region borders Germany, as well as the Czech Republic. Slovakia isn’t too far away either, so there’s so many directions to continue your travels. Not sure what to do next? Don’t worry, have a look at some of my previous trips and articles about Poland or Central Europe. 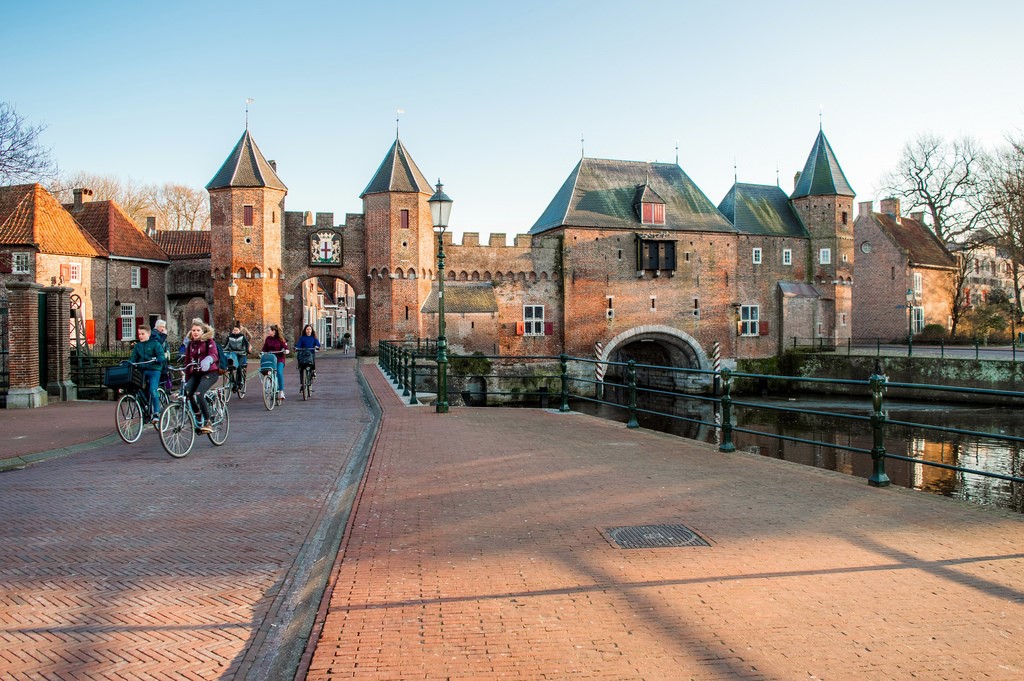