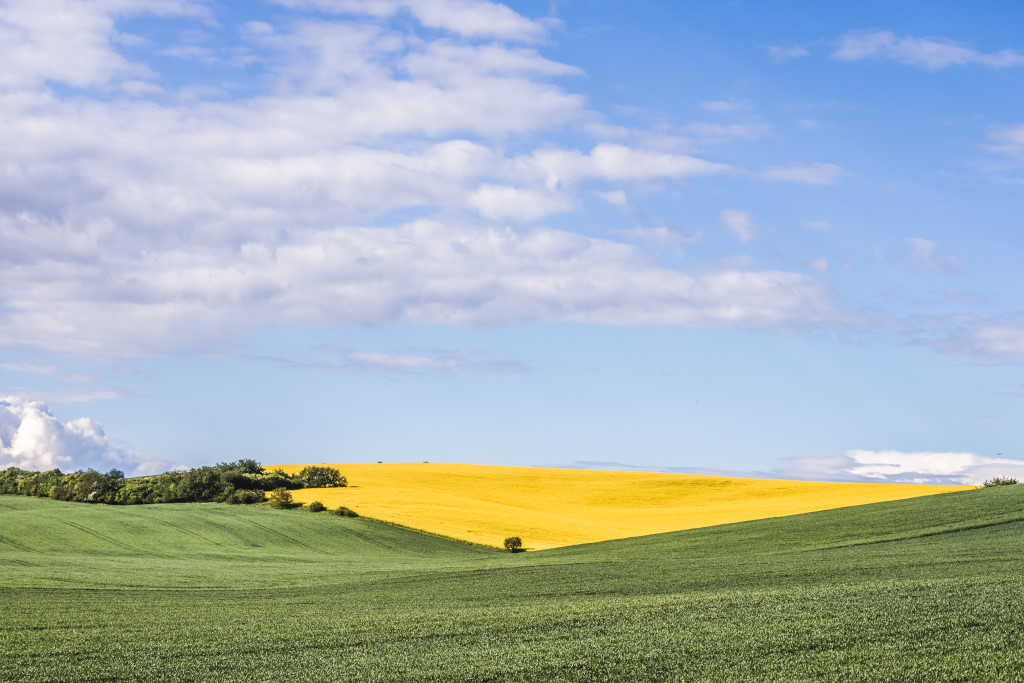 You may know the Czech Republic for Prague‘s cosmopolitan allure or the natural treasures of the Bohemian region. But most people overlook another gorgeous region: Moravia. And quite frankly, it’s a shame! This region offers a unique type of landscape that you won’t find anywhere else in the country. The southern part is even unofficially known as ‘Moravian Tuscany’ (Moravské Toskánsko). What does that mean, you might wonder? Well, all you need to know is that there is absolutely no shortage of green rolling hills, lush vineyards and charming churches and palaces. Thankfully, the many cycling routes in Moravia gave me the perfect opportunity to explore East and South Moravia up close. I cycled right in the middle of the green oases and crossed the yellow rapeseed fields in awe. That’s how I managed to capture these 15 landscape photos of Moravian Tuscany and the surrounding region.

What is the Best Season for Landscape Photos of Moravian Tuscany?

Remember that old Windows XP background? Well, this is basically it in real life, but better. The Moravian region is still a bit of a hidden secret among landscape photographers, but I suspect it won’t stay that way for long. Spring is probably the best season to see the hills covered in fresh new grass and the yellow shine of rapeseed petals. I was lucky enough to arrive in early may, around the peak of spring.

Alternatively, it seems autumn is another favourite season for photographers. This is probably because the changing colours, brownish hills, and typically orange sunsets create another unique natural palette. The best time to take photos of the landscape, no matter which season, is the early morning and around golden hour or sunset in the evening.

What are the Best Locations to See the Moravian Landscape?

Technically speaking, the very southern tip of Moravia has claimed the unofficial title of ‘Moravian Tuscany’. You will find gorgeous rolling hills in the Hodonín District, right around towns like Kyjov, Šardice, or Karlín na Moravě. This is where you should go if you want to see the most iconic hills in the Czech Republic. However, you will find similar hills all around the Zlín district as well. There, I personally thought that the hills and rapeseed fields surrounding the tiny town of Velehrad were quite spectacular too.

What You Should Know About the Moravian Region

Curious about the Czech Republic? You can explore more of my articles about this multifaceted Central European country by checking this page. You can also check the official tourism website for the Czech Republic for more information here.