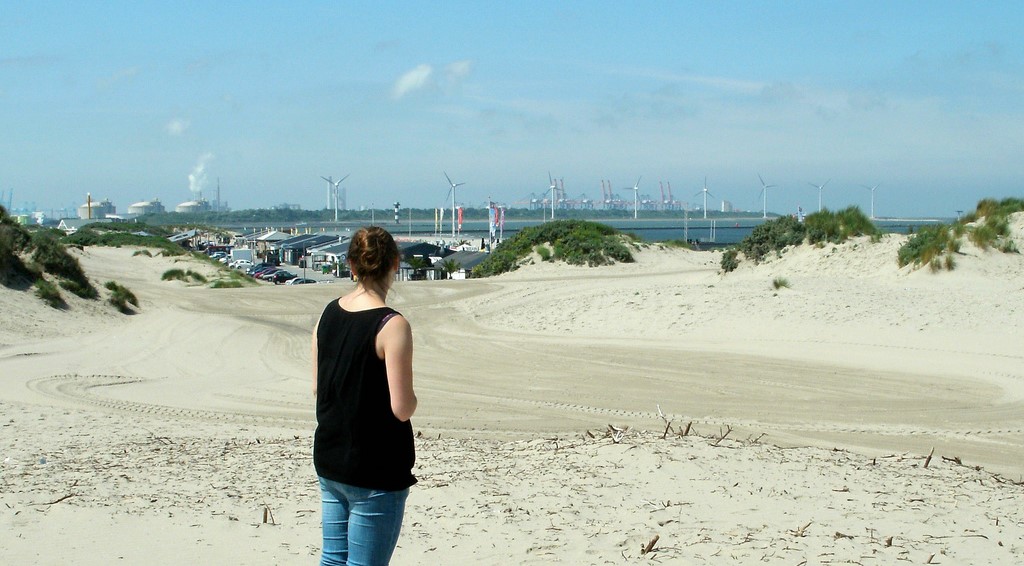 Going to the Beach near Rotterdam: Hoek van Holland

The Hoek van Holland Beach near Rotterdam is an interesting place. There are still sandy beaches that make you feel like you’re out in nature, but you’re also really close to one of the biggest industrial harbors in Europe. This created fascinating sights of both sand and smoky factory towers.

Last week Esther and I (we go way back, back to the deep dark pits of my primary school days) went to the beach! Since we were both in Breda, we decided to head to Hoek van Holland. We usually go further up north, but the journey from Breda to Rotterdam would take less time.

My Favourite Beaches in the Netherlands

I have to say, my favourite beaches (in the Netherlands) are near Noordwijk (e.g. Langevelderslag) and nothing else really compares. The beaches over there feel more “natural”, probably because they’re situated in the Amsterdamse Waterleidingduinen and closer to the Zuid-Kennemerland National Park.

The neighbourhoods surrounding the beaches in Hoek van Holland seemed a bit desolate and the beaches themselves felt very cultivated. The beach was also extremely close to an industrial area, which on the other hand made for an interesting view, but felt kind of weird.

Still, it’s good to explore new places and it was a great day!

3 thoughts on “Going to the Beach near Rotterdam: Hoek van Holland”