Cycling from Amsterdam to Muiden

Back in March I cycled from the eastern part of Amsterdam to the old town of Muiden, which is about 11 km away from where I live. The weather was still very cold and dreary, so I didn’t stay for long, but I feel like I discovered a lot of great routes and spots while I was cycling along the Diemerzeedijk (“Diemen Sea Dike”). I’ll tell you about the things that crossed my path!

I first passed through the Diemerpark (photos 1, 3 & 4), which was opened to the public as a city park in 2004, having previously served as a landfill for many years. Obviously, the area is much better off now, but I still feel a bit uneasy about its history, since the heavily polluted soil was never actually decontanimated or remediated. Instead, the whole area underneath was basically “wrapped up” in a huge concrete container, isolating any dangerous material. Later on, a thin layer of healthy soil was deposited on top, which is now Diemerpark. Apparently you’re not even allowed to dig any holes, so I suspect park keepers must be busy fining those bazillion rabbits hopping around. Nevertheless, it’s always a pleasant ride with nice views of IJburg (2), a new residential neighbourhood being built on artificial islands.

After cycling through Diemerpark, I passed Fort Diemerdam (5), first constructed around 1787, which, technically, used to be a coastal artillery battery, not an actual fort. Right opposite of Fort Diemerdam lay a tiny pier (6 & 8), from which I took a few pictures of the water (8) and the bridge-like road of Fortdiemerdamweg (7) that connects IJburg to mainland Amsterdam.

As I was cycling on I was slowly getting closer to Muiden, riding along large water reservoir close to several powerstations (12, 13 & 14), where the cloudy sky made for interesting reflections in the water, also passing some type of water treatment unit (11). As I almost reached Muiden the landscape changed to a more quiet and “rural” environment, the route along the dike filled with many grazing sheep (15, 17) that wouldn’t get out of the way (I’m joking, I really like sheep they’re like my 12th favourite animals) and only a few other cyclists.

Just a few metres removed from the town centre of Muiden, I cycled past the Westbatterij (19), constructed in 1799, which now serves as a meeting place for the local scouting club. On top of the embankment behind, there was an amazing view of Muiderslot (20), a well-known castle dating from the Early Middle Ages, which is now a national musuem. After cycling through the towncentre of Muiden for a while, I took a short break before cycling back to Amsterdam and relaxed on a small strip of beach (18), only a few steps away from the Westbatterij.

Now that Spring has finally arrived here in the Netherlands, I’m definitely planning on further exploring the area very soon, when the plants and trees have grown their green leaves and the sun is shining (and my toes won’t freeze off)!

10 thoughts on “Cycling from Amsterdam to Muiden” 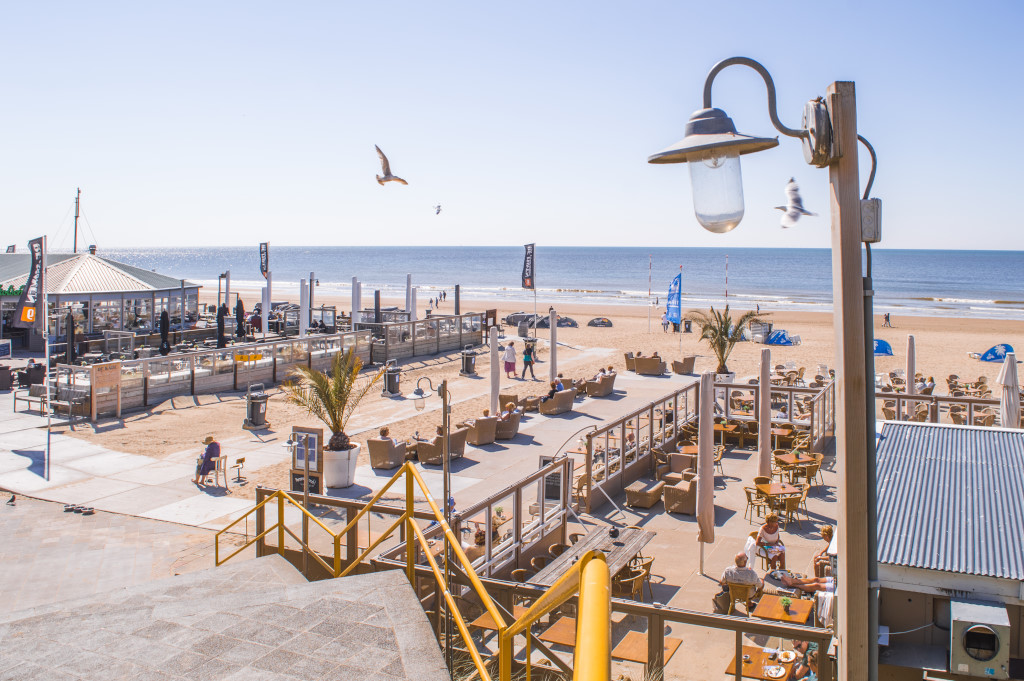