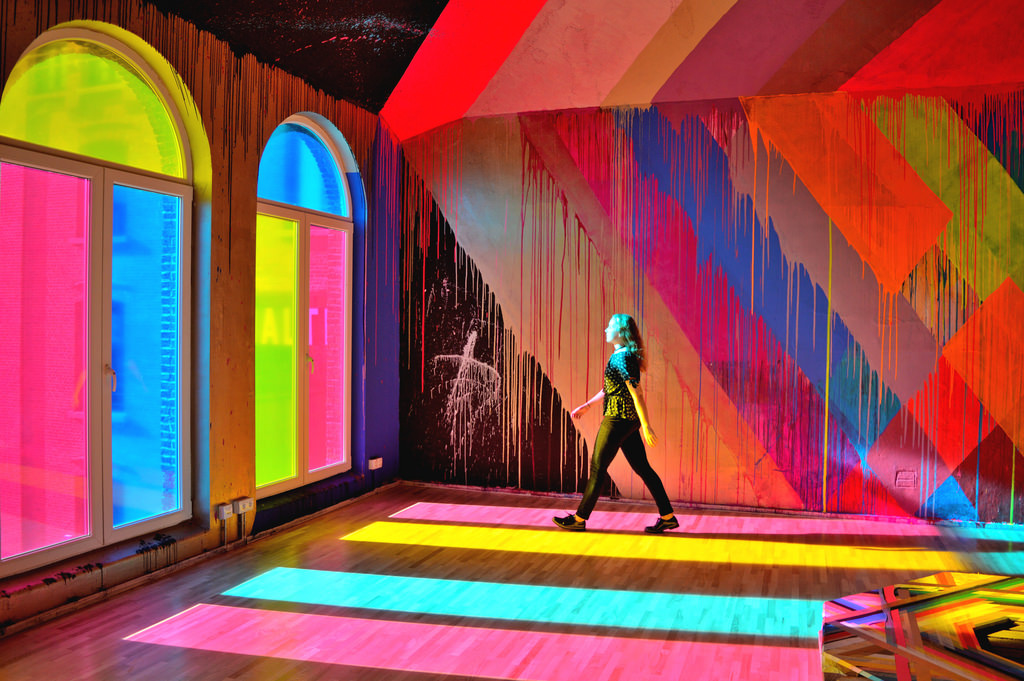 Brussels on a Budget: 5 Things to Do for Art Lovers

Brussels: the capital of Europe, city of comics, and home to the most famous peeing statue in the world. I recently visited the city for the first time, not exactly knowing what to expect. All I can say is: what a city! If those heavenly Belgian fries, waffles, and chocolate weren’t enough to lure you to this lovely city, the amazing artistic character definitely will. And yes, it’s perfectly possible to spend a few days in Brussels on a budget.

How to Explore Brussels on a Budget

But how, you might be wondering? Well, there are plenty of free and low-budget options to make your city trip worthwhile, especially for the creative types among us. Here are 5 things to do for art lovers in Brussels on a budget (in random order)!

First up: the WIELS contemporary art center. The art center is located in a renovated building that used to be one of the city’s main breweries. WIELS exclusively hosts temporary exhibitions by national and international artists. You never know which artists may be on show, so check their website before you go.

Even if you are not really into contemporary art, you should still consider dropping by. The WIELS exhibitions might not be an absolute must-see for you, but you don’t want to miss this amazing panoramic view of the city. Try to get to the roof terrace, since the views of the cityscape might just be the best in town! Regular tickets are €10, but students can visit for €4. The center can be visited for free on every first Wednesday of the month.

I always love strolling through cities and randomly finding the coolest graffiti and murals. I’ve seen some amazing works in Europe, but believe me when I tell you that the street art in Brussel is in a different league. You will find the most vibrant and unapologetic pieces all around the busiest parts of the city.

A particularly colourful mural can be found in the Eikstraat (Rue du Chêne), playfully referred to as “Manneken Peace”. It’s a stone’s throw away from the actual Manneken Pis (the peeing statue). You can find an incredible series of LGBTQ frescoes and several other pieces in Brussel’s gay quarter, which is in the same area.

The MIMA or or Millennium Iconoclast Museum of Art is one of the newest art museums in Europe. MIMA fuses multiple genres together, including graphic design, street art, illustration, tattoo art, and comic design. The museum’s pioneering concept is to “explore a history of culture 2.0” and become a “defining museum of contemporary art”. It might be a bit of a challenge, but the museum only opened its doors in 2016. I can honestly say I haven’t seen any other museum like it, so MIMA’s future definitely looks promising.

The museum is quite small and the normal ticket price is €9, but the entrance fee is only €7,50 for students and teens under 18 years of age. It’s a small price to pay for one of the most Instagrammable hotspots in Brussels, if you ask me. As you can see, I had a bit of a mini photo shoot in the rainbow-esque room that displays Maya Hayuk’s work called “City Lights”. Look at it! Can you blame me?

You don’t need to be a comic book fan to appreciate the amazing murals you will undoubtedly find all over the city. One of the best free things to do in Brussels on a budget is to walk along the comic strip trail, also known as the comic book route.

The comic book walls can be found pretty much everywhere in central Brussels, including the Sablon, Marolles, and Saint-Gilles neighbourhoods. These areas are full of trendy shops, quirky boutiques, cheap food, and lovely cafés, so I recommend going to see the comic book murals over there. Click here to see a complete overview of all the comic strip walls.

This one might seem a bit odd, but trust me: this is one of the cleverest ways for art lovers to explore Brussels on a budget. Other than their names, subway stations are generally almost indistinguishable from each other. Underground, all cities seem to look alike. This, however, is definitely not the case for Brussels. When the construction of the metro network was being planned in the early 60s, the designers decided to give each station its own unique identity.

There are 69 metro station to choose from with a total of 80 works of art, but a few notable stations include Montgomery, Porte de Halle, Beekkant, Gare de l’Ouest, and Louise (photo). Buying a metro ticket to explore the city of Brussels might not be a bad idea! You can find a free guide of all the metro station art in Brussels here.

How to Get to Brussels by Train

In case you are travelling to Brussels from within Europe, taking the train is probably the best option for you. Travelling with Thalys will be the most convenient choice if you are located in the Netherlands, Belgium, France or Germany. I personally took the Thalys train from Amsterdam Central in the morning and got off at Bruxelles-Midi (Brussels-South station). It took me less than 2 hours to get there, so I still had the entire day to explore the city!