Have you ever been to the Caribbean island of Curaçao? If not, you should probably consider visiting some time soon! Curaçao is an island country near the Venezuelan coast, historically connected to and still part of the Kingdom of the Netherlands. The island is known for its ideal tropical conditions for a vacation at the beach. Nevertheless, there is much more to be discovered in terms culture and history in this colourful country. Here are 5 facts about Curaçao that you should know about before heading to the Caribbean! 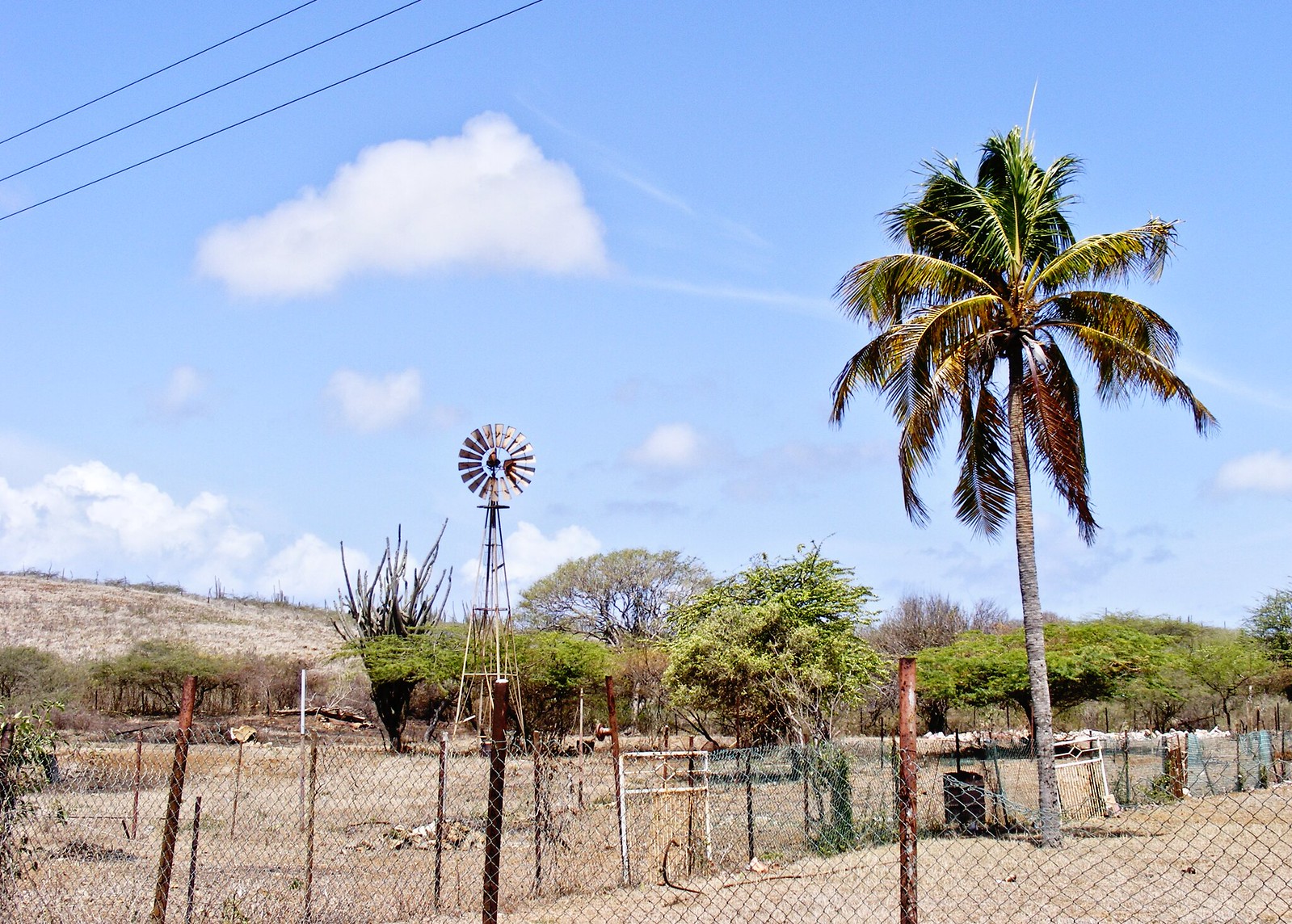 1. Kunuku of Curaçao: The Colourful Countryside

The countryside of the Lesser Antilles is often called “Kunuku” in Papiamentu. The kunuku of Curaçao is characterised by sparsely distributed little houses, often painted in bright colours (as you will notice), and shrub land vegetation that includes cacti and divi-divi trees. Keep on scrolling to see photos and info about the curious divi-divis. 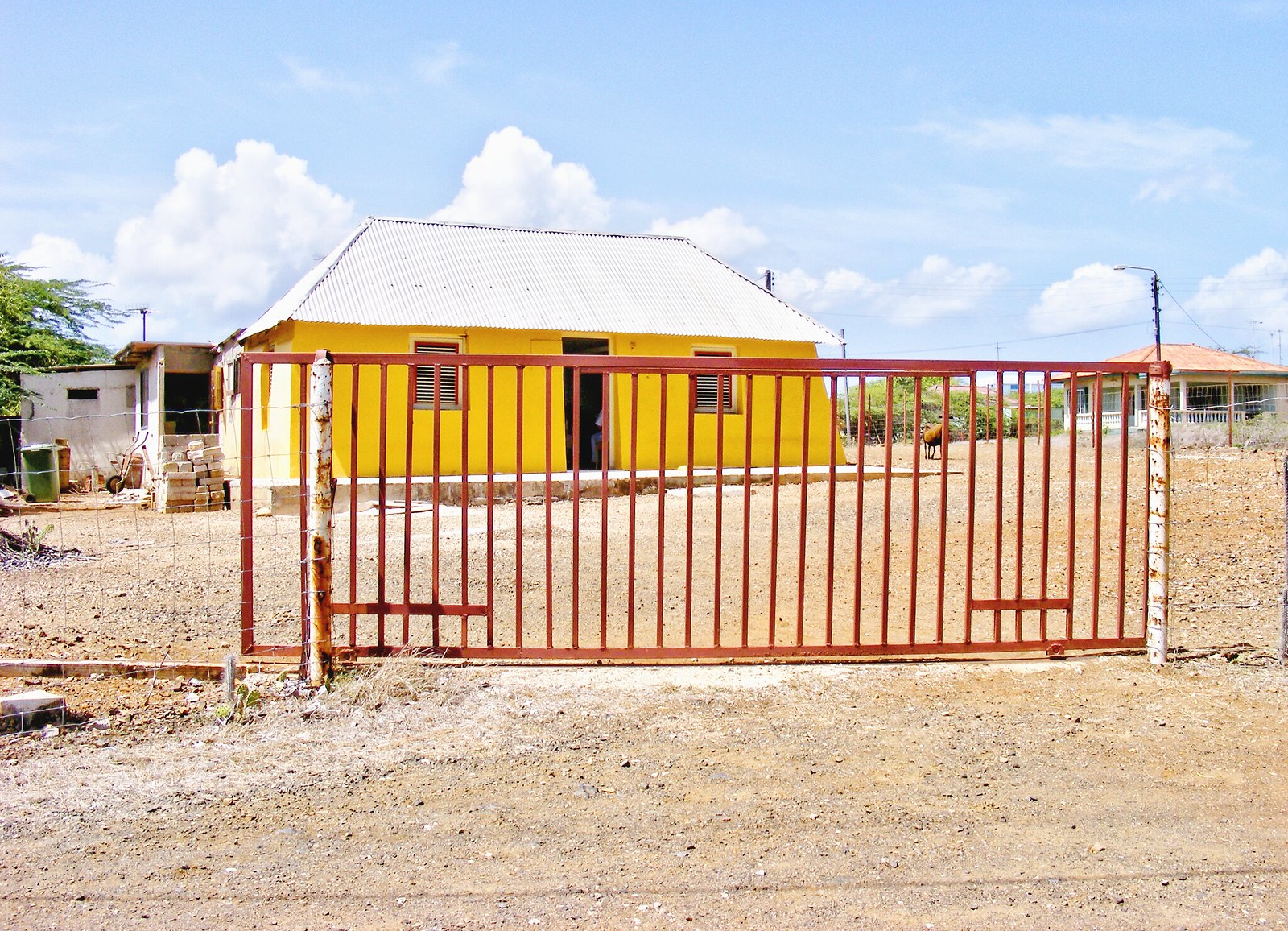 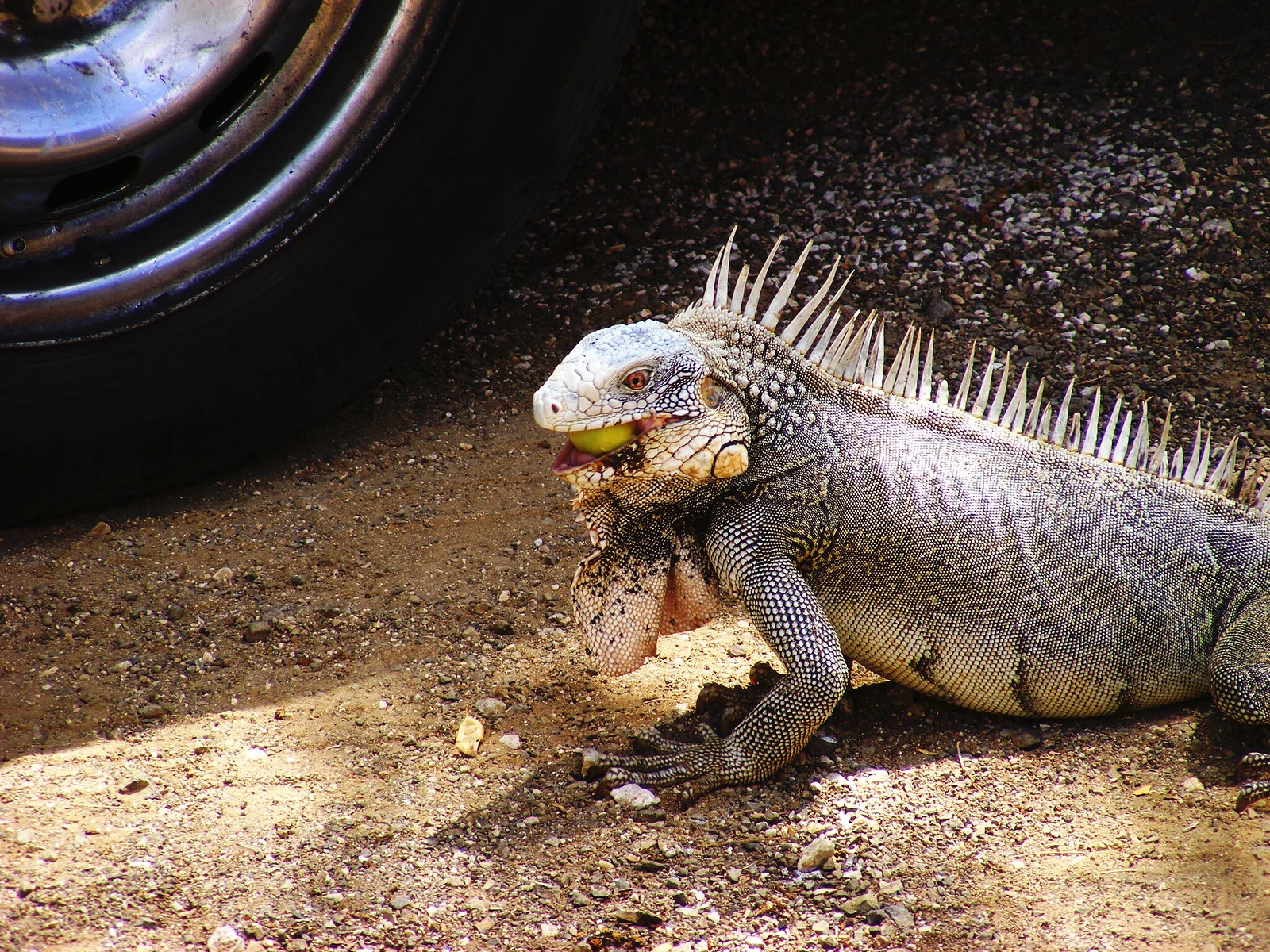 2. The Land of the Green Iguanas

The green iguana is native to Central America, South America and the Caribbean. We spotted this one as it had just stolen a piece of fruit from a tree. Iguanas are arboreal creatures, so they can climb in trees just fine. I remember how this one was pretty huge. The row of spines on its back help protect it from predators and that flabby piece of a second chin, arguably more correctly termed a “dewlap”, helps regulate body temperature. 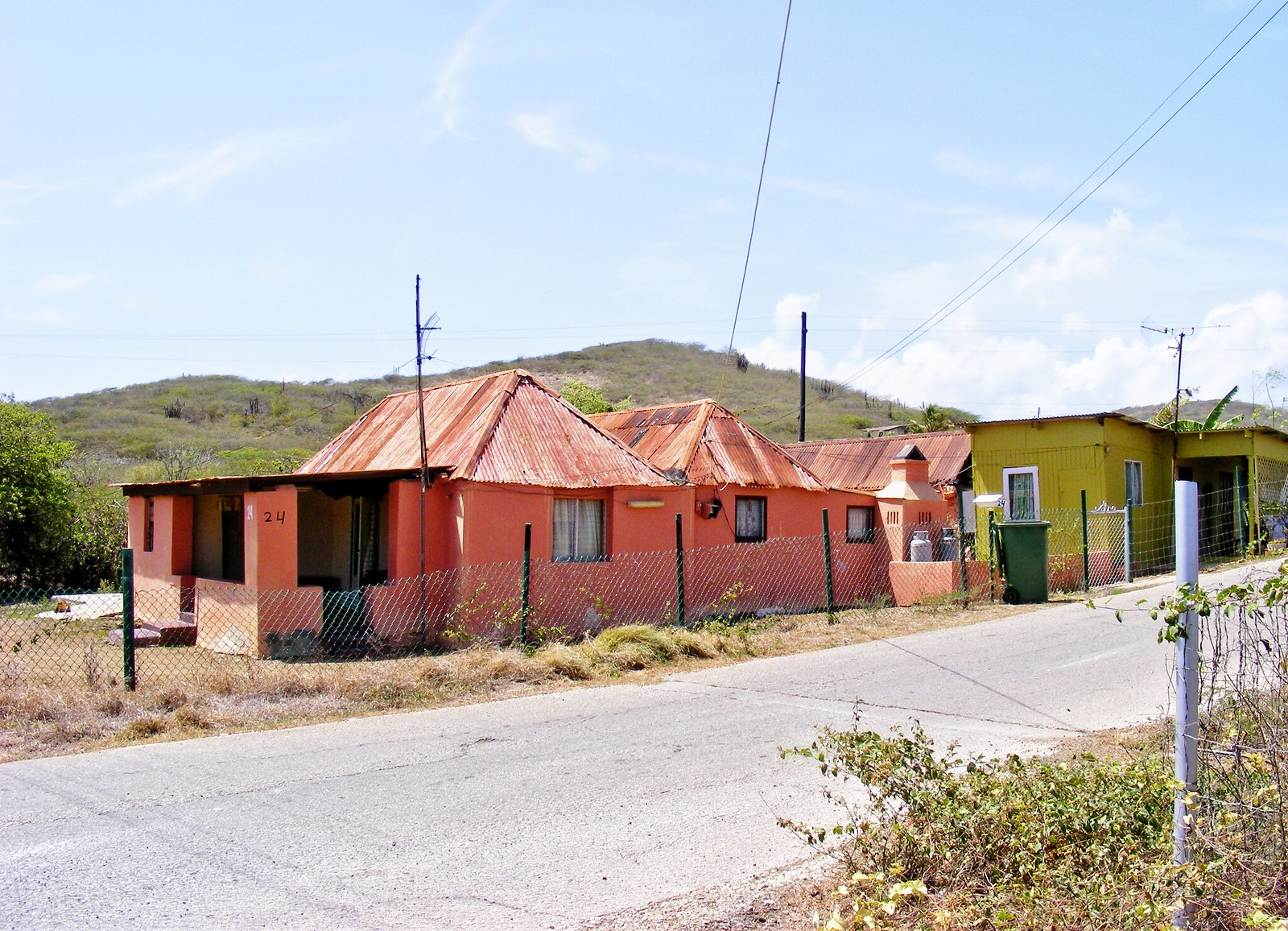 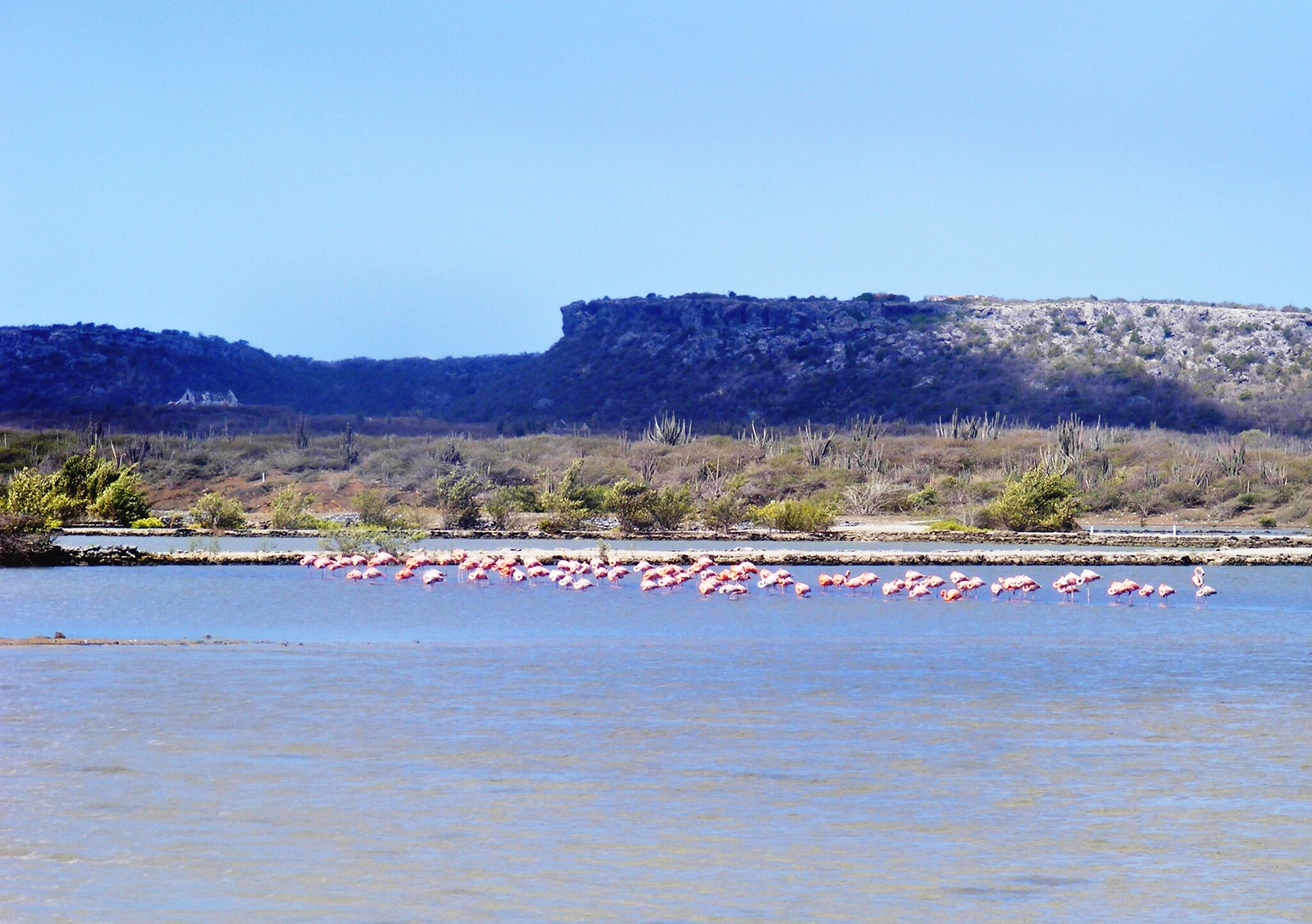 The salt ponds of the Sint Marie bay (near Landhuis Jan Kok) are quite famous for being the habitat of a group of Flamingos. They’re not completely wild, since the salt ponds are part of a nature reserve, and it is impossible to see the flamingos up close, but it is definitely a different sight as compared to visiting the zoo. 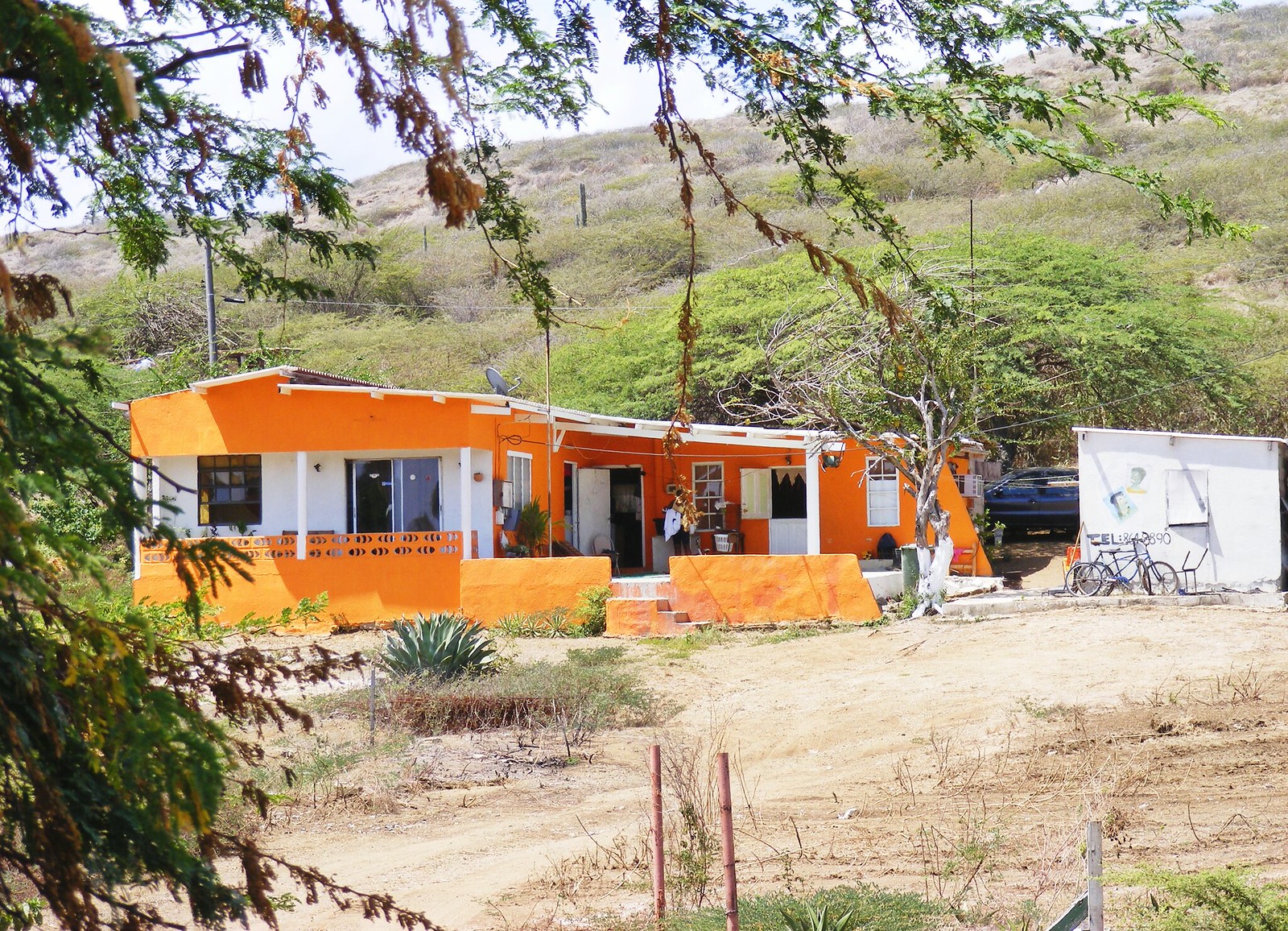 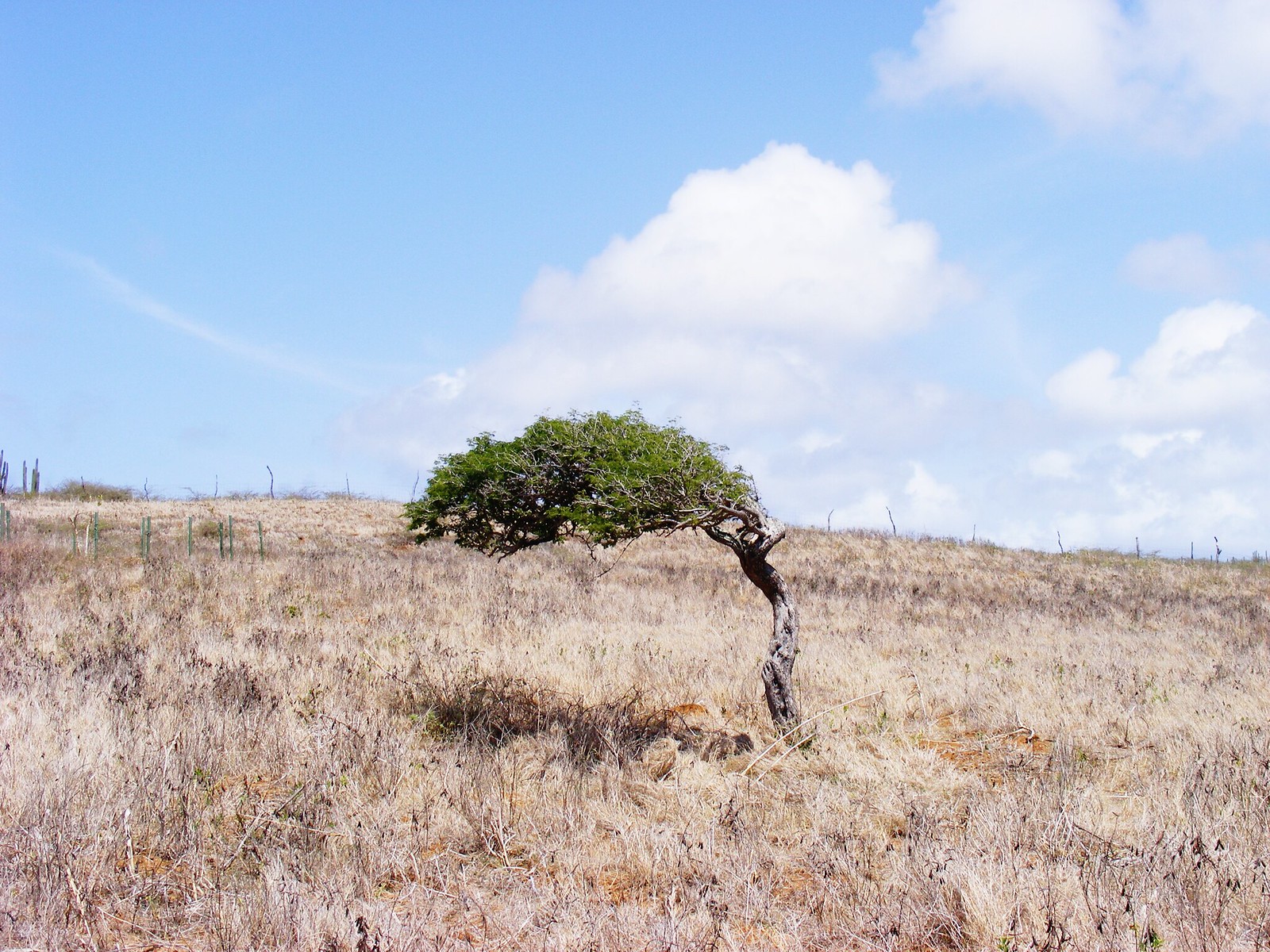 Divi-divi trees are a common sight in certain parts of the Caribbean. They are known for sometimes dramatically growing in one single direction, which definitely makes for an interesting sight! This unusual growth pattern is caused by the strong coastal trade winds. Some of the trees looked like they could topple over any second. 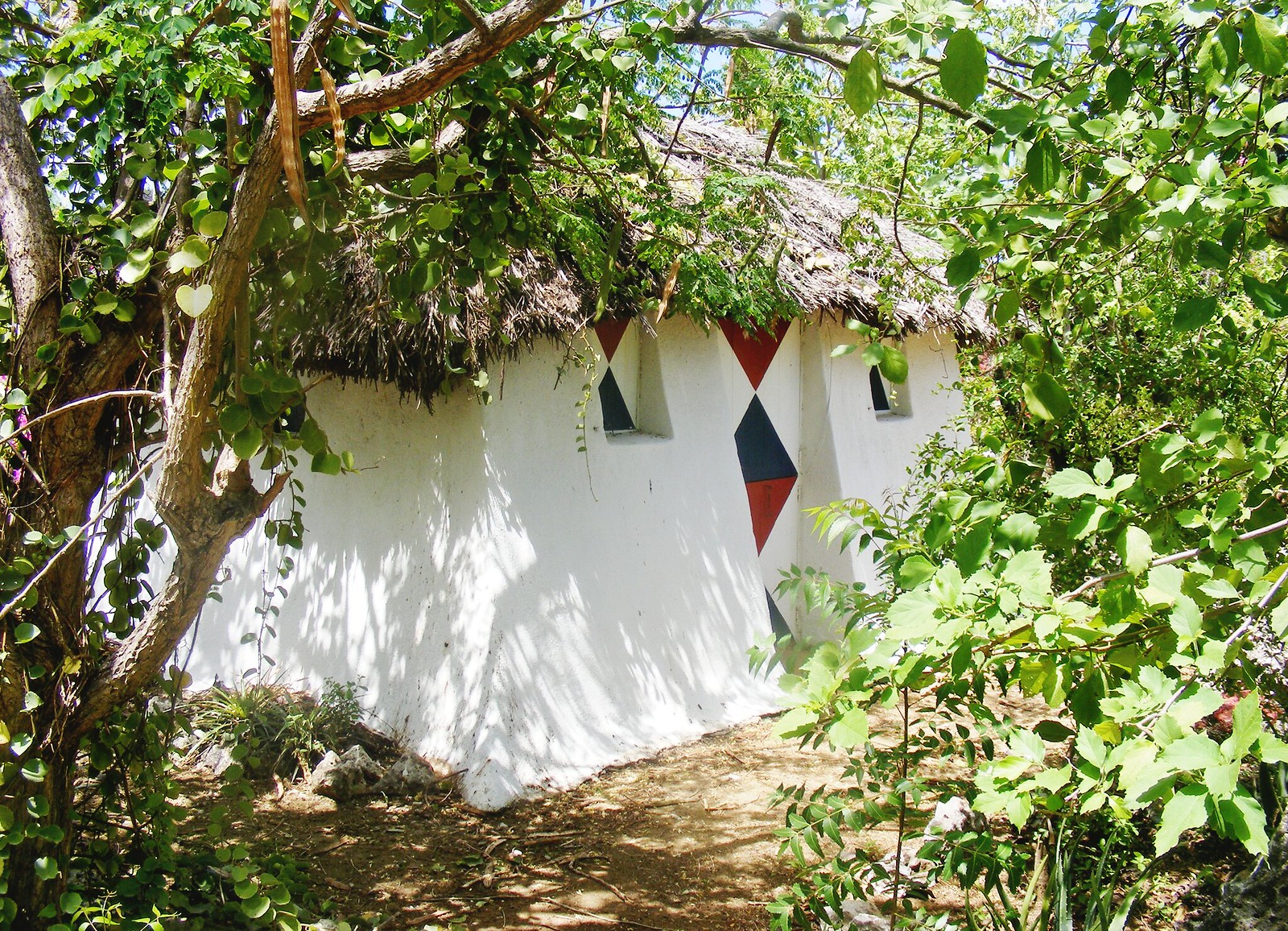 5. Kunukuhuisjes: Traces from a Colonial Past

Kunukuhuisjes (Kunuku houses) like this one stem from the Dutch colonial period. They were the homes of slaves, who were brought to the island and forced to work on plantations. There is still a small number of houses that remains in the countryside of Curaçao, near former plantation manors. Some of those manors are still accessible to the pubic as museums, like Ascension. 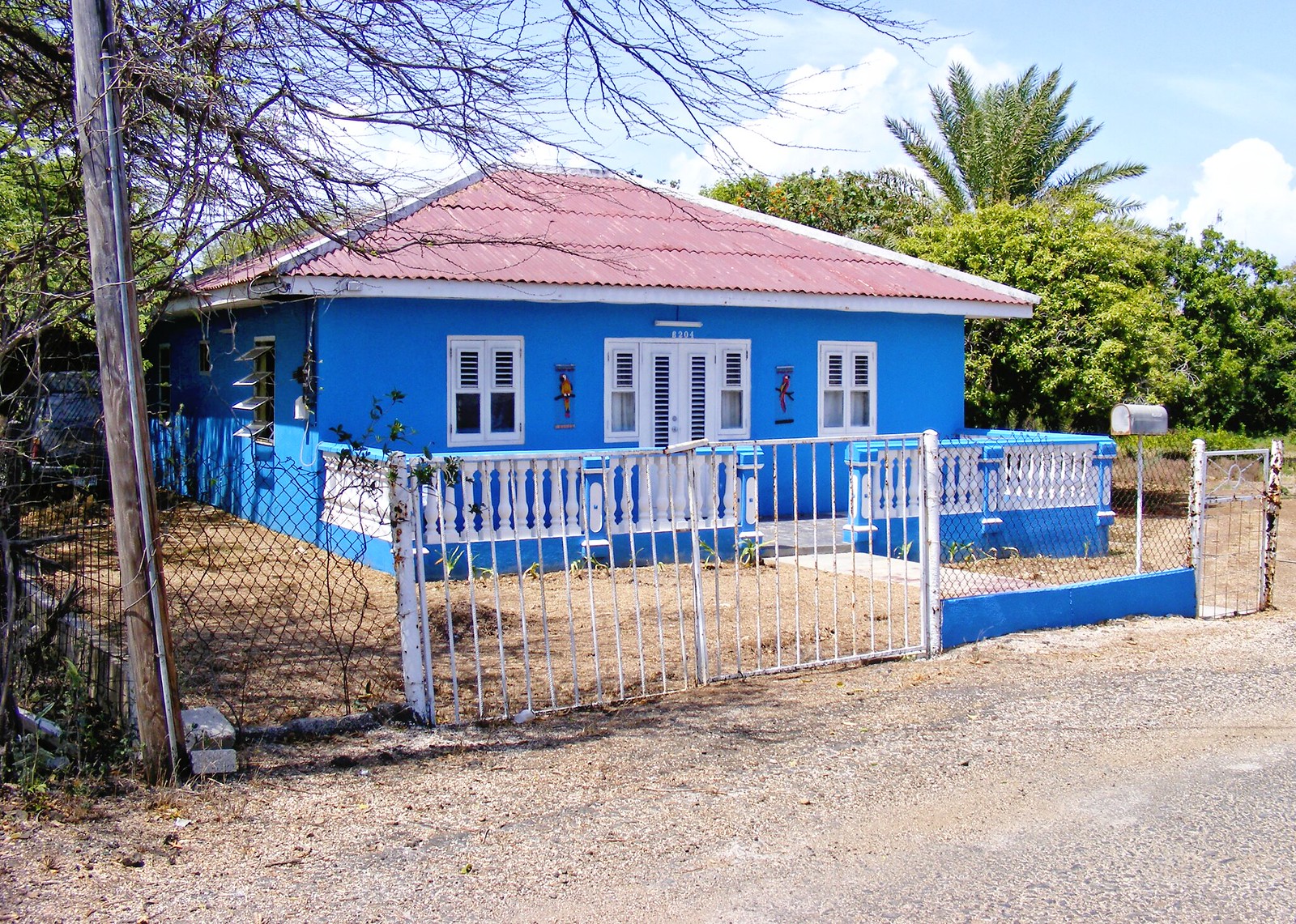 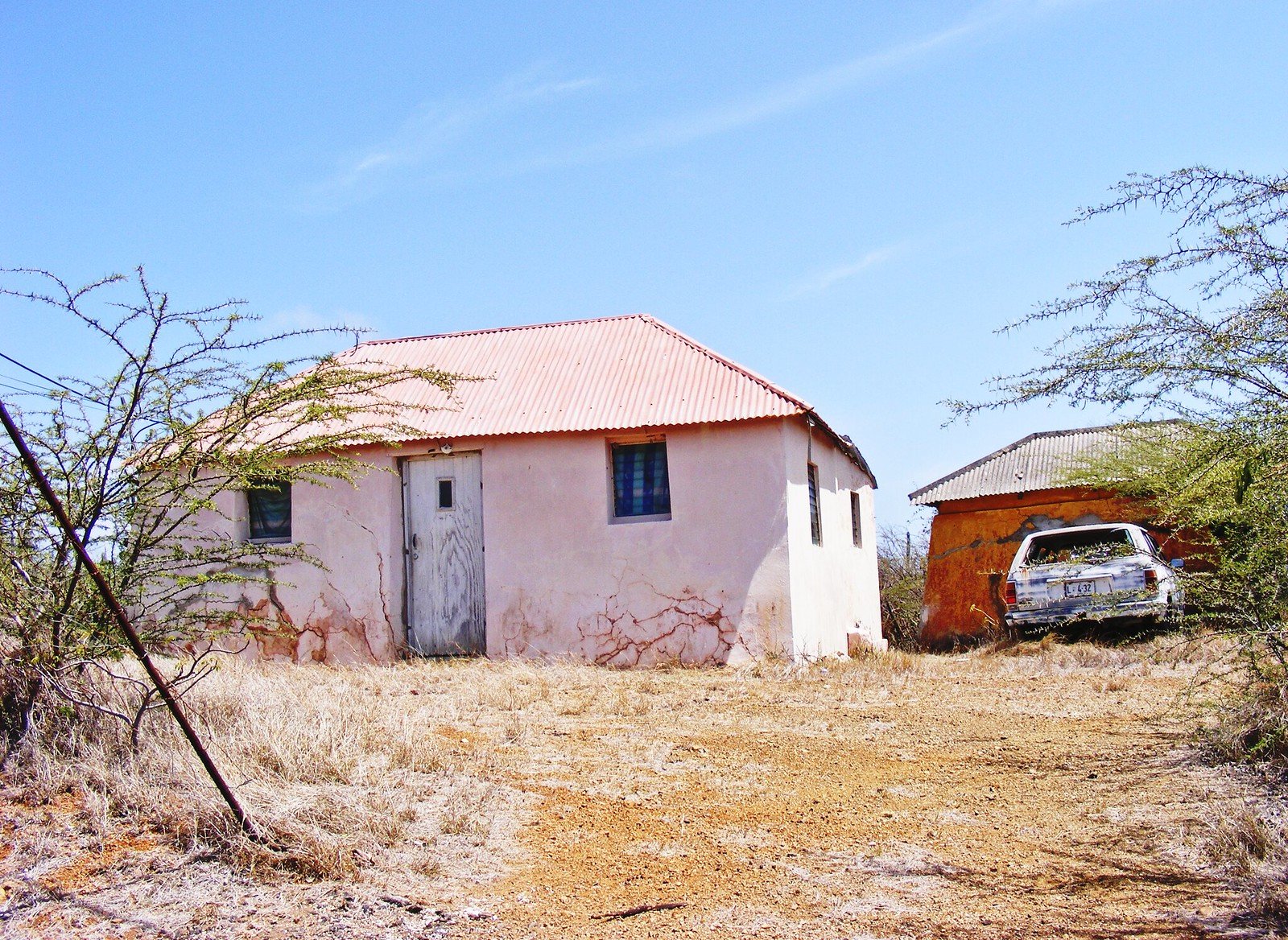 I visited Curaçao with my parents and siblings all the way back in August 2009. The island certainly has an interesting colonial history, especially in relation to previous Dutch rule and intertwined Atlantic slave trade. Many plantation manors and kunukuhuisjes remain as traces of a very problematic and complicated past. Of course, Curaçao is historically also a very rich destination, with influences from West-African, Dutch, Portuguese, Spanish and English cultures. We spent a few weeks exploring museums, national parks, Willemstad, and sporadically visited the beautiful beaches. 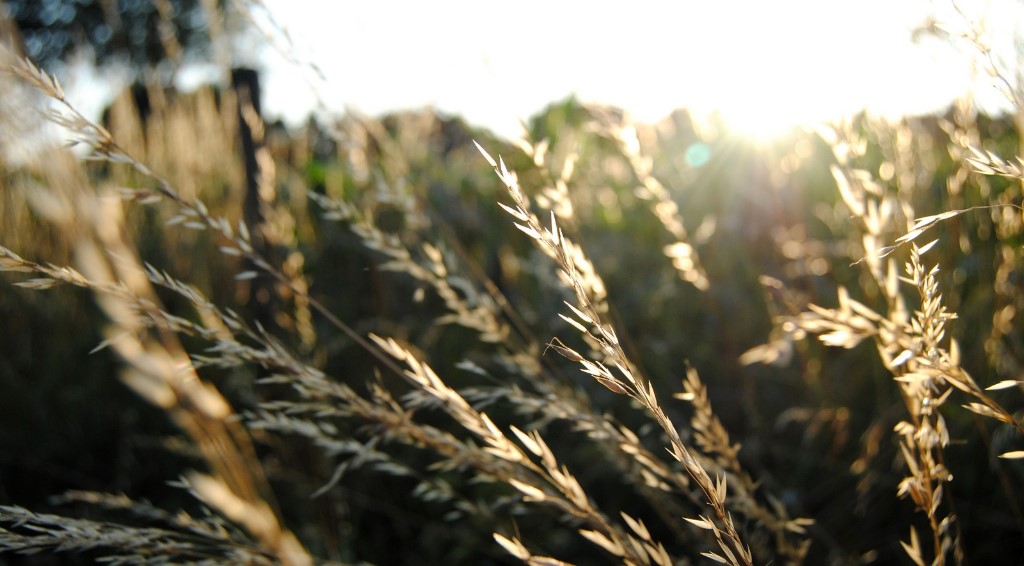