Last January, I think I accidentally started a tradition when I shared my most important travel lessons of the year. Now, when I say travel lessons, I actually mean: I expose my dumbest travel bloopers, weirdest experiences, and general ‘oopsie’ moments that I so desperately try to conceal from you, my cherished readers. Naturally, I want to convince everyone that I’m a ruthless pro in this hardcore travel business. This one time a year, I take off my mask and reveal my…true self.

I wrote 16 lessons in 2016, but I only have 10 for you today. I don’t think I fully realised that if I continued that 16 for 2016 trend, I would have to share 35 lessons in 2035. Sure, I might not be as smooth of a mother trucker as I like to think I am, but I don’t think I will be going through an increasing amount of embarrassing bloopers as I get older (I should hope). So, without further ado, here are 10 travel lessons I learned in 2017!

Travel Lessons I Learned in 2017

1. Don’t expect to smell like roses after a beer bath

One of the highlights during my trip to Pilsen was a relaxing dip in a beer bath. Yes, you heard me right. It was a bath tub, filled with beer and floating pieces of hops. It was a highly interesting, and surprisingly comfortable experience, but hey, it wasn’t the ‘cleanest’ per se. I don’t know what I was expecting (seems rather obvious, actually), but I left the beer spa smelling like…a pint of beer personified. Very enticing. Also a big ‘plus’ when you try to get through airport customs.

2. Bomb alerts in Germany aren’t always what they seem

Now, I’m not saying you shouldn’t take bomb alerts seriously when you’re in Germany. Please do! Still, they aren’t always what they seem. When I arrived in Bremen for a press trip and got to my hotel, the staff told me that they were going to evacuate the building. They had found a bomb at a construction site in the neighborhood, and the area was going to be cleared. Turns out, this is a pretty common event in Germany. To this day, construction workers regularly find old bombs from World War II that have to be safely detonated.

I like to pride myself in my gelato expertise and adventurous taste in ice cream. I’ve tried licorice, avocado, and wasabi, but I had never tried goose or duck liver. One evening, I was dining at a fancy restaurant in Krakow. I read the entrees and my eyes landed on the word ice cream. On closer inspection, it actually said ‘foie gras ice cream,’ but my mind had already decided that this was not a challenge I was willing to turn down. Well, I genuinely tried and I really thought I was going to do it. In the end, the whole ordeal ended in hysterical laughing (at me) and an important life lesson: leave the foie gras ice ream to the professional taste testers.

4. Don’t eat more than one Czech bread dumpling a day

Most people will know that the Czech cuisine can be a little bit heavy on the stomach. There is usually a lot of bread, meat, sausages (also meat I guess), pastry, and dumpling involved. Now, I’m not a picky eater, so it’s not like I can’t fully appreciate a nice plate of Czech food. Still, when I decided to have svíčková na smetaně for lunch (beef sirloin in cream sauce with really big bread dumplings) in Pilsen, I thought I was going to explode like a supernova and turn into a bright little bread star.

5. Don’t go hiking with a vinaigrette salad in your backpack

I was solo travelling in Austria and decided to go hiking in the mountains for a few days. The day before, I had bought a mozzarella-tomato salad with vinegar dressing for dinner. Unfortunately, I ate too many bread rolls (story of my life), didn’t have enough stomach space left, and decided I would eat the salad for lunch the next day. Well, I guess the packaging wasn’t 100% sealed. I opened my bag halfway along the trail, found a sad pool of leafy slush inside my backpack and had to live with the sour smell for the rest of my trip.

6. Don’t walk too far from the waterfall when you have to pee in the wild

When you go on a serious hike in the mountains, chances are you’re not going to find a bathroom when you need one. When I finally reached the Schleier waterfall in Tirol after climbing for hours, I decided I just had to go pee. I was frantically looking for bushes away from the trail, but it was mainly rocks. I decided to do the deed near some vegetation, but I ended up disturbing an angry ant population. Plus, if I had stayed near the edge of the waterfall, the spray could have given me a nice little ‘bidet’ spritz (it was a really quiet trail anyway).

7. “Everything the Portuguese do, they do with legs under the table”

2017 was the year that I visited Portugal for the very first time. In fact, I was so lucky that I got to go on two separate trips to the Lisbon and Centro regions. After my trip to Lisbon, I already had my first taste of the most delicious Portuguese dishes. When I went on my second trip to Centro, I was convinced: the Portuguese cuisine is the best in Europe. We were welcomed with a special lunch and shared the meal with local representatives. They told us about a famous Portuguese saying that explains the importance of good food: “Everything we Portuguese do, we do with legs under the table.”

8. Bring enough cash when you’re travelling to Germany or Austria

In the Netherlands, we really don’t like paying with cash that much. In fact, there are plenty of shops in Amsterdam where you can only pay with your card. This is definitely not the case in Germany and Austria. I was eating a delicious goulash soup in a nice little restaurant in Vienna and asked for the bill after I finished my meal. When I pulled out my card, the waiter’s twitchy facial expression told me all I needed to know. I was going to have to wash the dishes to regain my freedom. Just kidding, they were really nice about it, but I did have to leave my camera as a deposit before I ran to the nearest cash point.

9. Don’t forget your ear plugs when you’re sleeping in a 12 bed hostel room

I don’t think I really need to explain this one. When I was solo travelling in the summer, I stayed in a 12 bed hostel room for a few nights. Needless to say, there were always people that stumbled into bed somewhere in the middle of the night. Also, it was a mixed room, and most of the guys smelled really fudging bad. Get it together!

10. Your derrière can’t feel the difference between a gold toilet and a normal toilet

When I was on a press trip to explore the hidden history in Bodrum, we were invited to have dinner at a really fancy hotel one night. We went on a tour around the property and had a look at the rooms, swimming pools, and private villas where celebrities would usually stay. One of those villas was so extra, it actually had a gold toilet in one of the bathrooms. We were allowed to put our derrières on this golden throne for a few minutes (fully clothed and after it was cleaned, mind you). It was definitely a special experience that I will never forget, but it also taught me an important lesson: my butt would have never noticed the difference between a gold and a normal toilet. 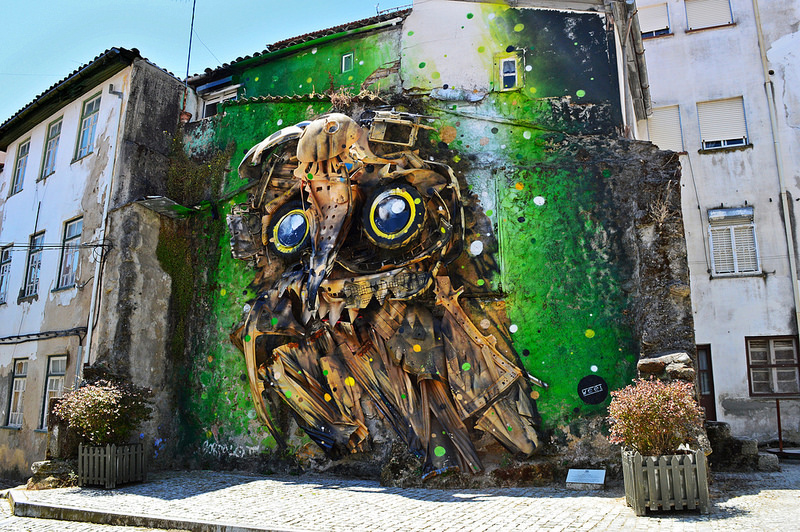