The one thing I love most about travelling is the way in which it opens my eyes to other ways of living, and, ultimately, new perspectives. In turn, these new perspectives also shed light on your own culture and things that you always take for granted. Things that you always think are “normal” turn out to be very culture-specific. In fact, travel is the perfect way the remind yourself that “normal” simply doesn’t exist.

Lately, I’ve been reflecting a lot about the ways in which travel has made me become more aware of the quirks of Dutch culture. Everyday stuff you usually wouldn’t notice, unless you grew up somewhere else. So, today, like a tourist in my country, I want to share 10 things travel made me notice about the Netherlands!

Let’s start out on a positive note! One of my favourite things about the Netherlands, apart from stroopwafels and poffertjes, is the fact that the drinking water is 100% safe, wherever you go. It doesn’t matter where you live in the Netherlands, you can pretty much always drink water from the tap. Whenever I went abroad, I always used to be a bit annoyed that I had to go out and buy liters of bottled water. Travel has made me realise how clean tap water is a privilege. Now, I feel grateful that I was born in a country where drinking water is always available.

2. Our Beaches are Beautiful

The Netherlands is a generally chilly and rainy country. The weather can be very bikini-inappropriate, even during the height of summer. In northern Europe, most of us grow up with idea that a picture-perfect beach looks like the ones you see on tropical islands, almost exactly like Wakatobi. There needs to be sparkly blue water, neverending sunshine, and endless rows of palm trees. After travelling to several different countries around the world, I’ve come to an important realisation: our beaches are not that bad.

In fact, our beaches are beautiful. Yes, our sea water looks kind of brown and no, there definitely aren’t any palm trees, but there are so many good things about our west coast. We’ve got soft and yellow sand, instead of sharp shells, stones, or painful pebbles. Our beaches aren’t badly polluted, whereas I’ve seen other beaches that were filled with plastic and other trash. Moreover, the hilly dunes along the coast are the best places to just stroll around and enjoy the fresh ocean air. Need I continue?

3. Food Culture: Going Dutch and Eating on the Go

Let’s be honest, people. Compared to many other countries, we have a very limited food culture. I don’t mean that we don’t have any culinary culture or fine Dutch cuisine, we most certainly do. What I mean is that the act of eating is a lot less cultrually loaded than it is in other countries. Eating isn’t as much ingrained in concepts of the family or larger community like it is in i.e. Southern Europe and South America.

Enjoying food as a family or group activity is important, but it’s not essential. We don’t generally share our food, as we have separate plates and portions. We always go Dutch and split the bill. For many students and professionals, lunch isn’t an everyday event in its own right, it’s a quick Albert Heijn sandwich on the go. In fact, we even have “AH To Go”, a fast track version of our normal Albert Heijn supermarkets.

4. We Always Wear our Shoes

I don’t think this one needs much explanation. While there are definitely households that would prefer you to take your shoes off when you enter their homes, you can generally always wear your shoes. Even though it would be unimaginable to wear your shoes at similar places in other countries (i.e. Japan and Korea), we tend to wear our shoes at home, in churches, at school, and basically anywhere.

I have no excuse for this one. Yes, it is true. Most of us do not properly wash our butts after a poopy session. Instead, we only use paper to dry-wipe our filthy derrières. Whether you call it a bidet spray, shower rinse, or bum gun (my personal favourite), you’re generally not going to find one in a Dutch home. You will find them in fancy hotels, but that’s about it. I never even thought about it before, but now that I’ve been to countries like Indonesia and China, I have no choice but to admit: we could definitely learn from other countries and improve our toilet hygiene.

ALSO READ  Dance of the Dragonflies

In the Netherlands, it is completely normal to hear the familiar melody of church bells striking every hour. They will ring three times for three o’clock, twelve times for noon, and so on. This always seemed like such a natural part of life, but travelling has made me more aware of this typically Western phenomenon.

In Indonesia, for example, you might be woken up at 4 in the morning by a singing muezzin, performing the call to prayer. This rarely happens in the Netherlands, although there are over 400 mosques in the Netherlands. If you live close to a church, however, which a lot of us do, you will hear the church bells all day long. Of course, this is more of a European thing, due to our Christian heritage.

Although the standard of living certainly isn’t exceptionally low for a European country, I can confirm that grocery shopping is relatively cheap. I’ve been to many countries where the average national income was much lower as compared to the Netherlands, but the fruit and vegetables costed around the same amount. There are actually many Belgians and Germans near the border that occasionally drive to the Netherlands to do some shopping. In 2014, the only European countries that were cheaper in terms of groceries were Spain and Poland.

Bicycles are becoming more and more popular around the world. Nowadays, you will see people cycling in nearly every major city. There is, however, one aspect where the Netherlands is definitely ahead of all other countries. The entire country is covered in an amazing network of special bicycle paths. These paths vastly improve the safety of cyclists and freedom of mobility. As long as the distance isn’t too much (which, in the Netherlands, it usually isn’t), you will never need a car. Many people don’t even own a car, especially in bigger cities like Amsterdam.

Whenever I’m travelling, I’m usually asked this question:  “How come so many Dutch people can speak English?” Well, that’s simple: In the Netherlands, English is everywhere. We are taught English in school, and, especially in cities like Amsterdam, most information will be supplied in English. Lots of shows on TV are either British or American and we watch them with Dutch subtitles. Except from animated shows for children, stuff on TV will never be dubbed.

I feel like this has made it especially easy for Dutch millennials to learn English, since I also used to watch a lot of TV when I was younger. Actually, roughly 90% of Dutch people speak some level of English, so it’s not just the younger generation. The biggest complaint I always hear from international students and expats is the fact that Dutch people simply won’t let you practice your Dutch conversation skills. As soon as they hear a slight accent, they will respond in English.

10. The Landscape is Freaking Flat

Well, I kind of already knew about this one before I started travelling. Still, every time I come back from a trip, I can’t help but notice it again and again: the Netherlands is as flat as a pancake. Except from a few areas in the eastern and southern parts of the country, you won’t even see one hill. Does it get really boring? Yes, it definitely does. Then again, we wouldn’t be able to cycle everywhere so easily if the landscape wasn’t this flat. 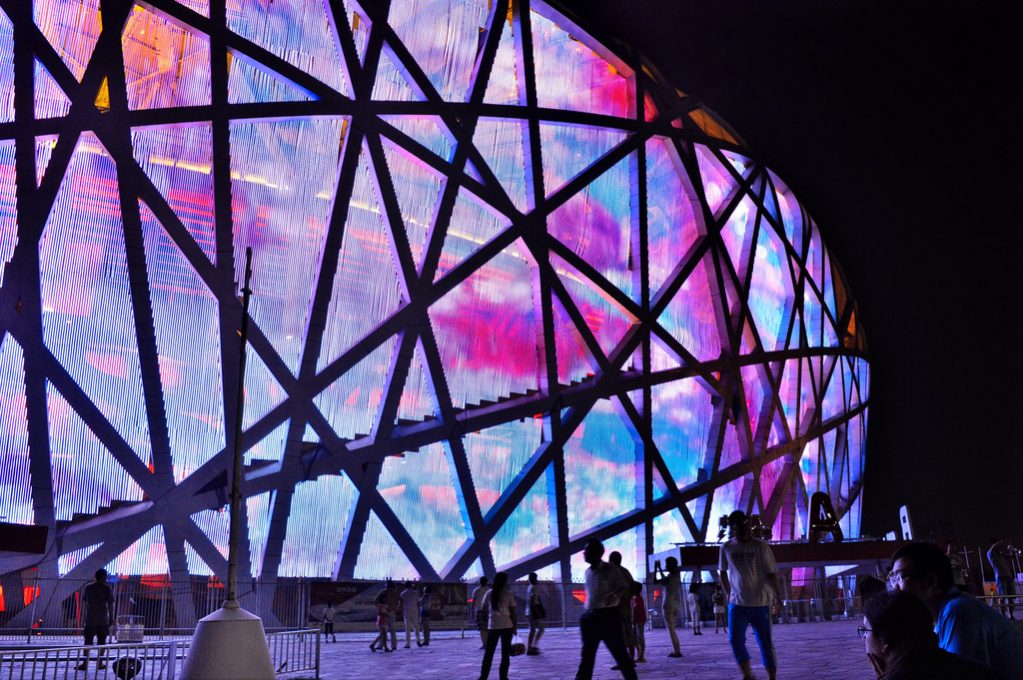 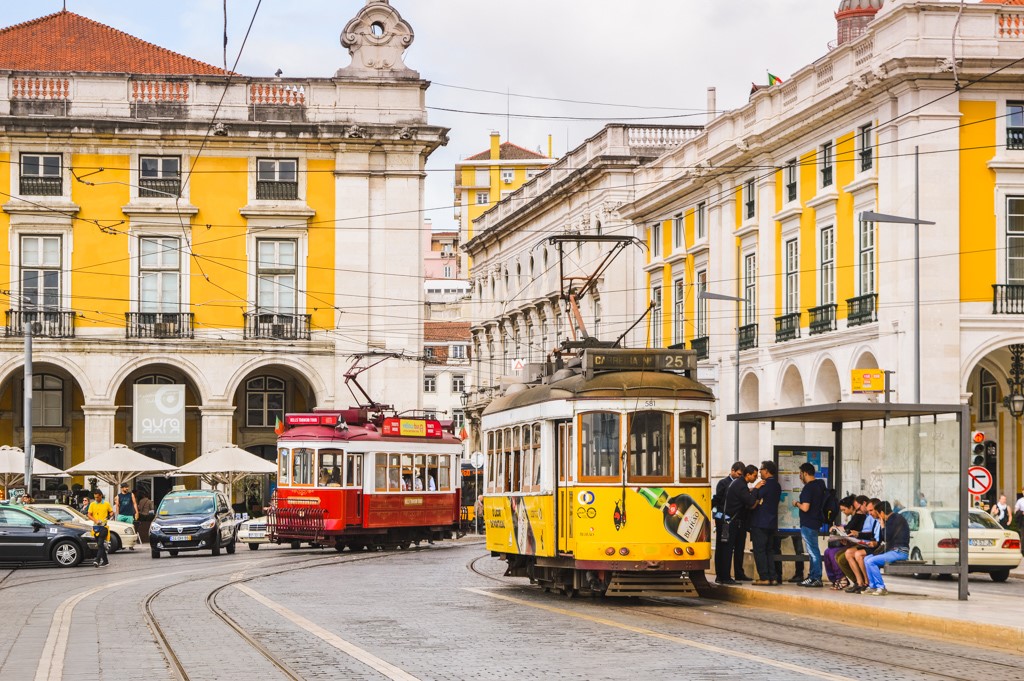